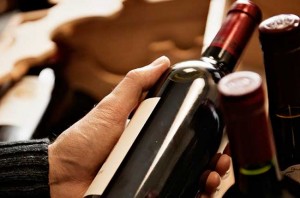 Merchant Grands Vins de Gironde has been found guilty of wrongly labelling significant quantities of Bordeaux appellation wine and must pay a 200,000 fine, according to reports. Reporting by Chris Mercer and Yohan Castaing.

Merchant group Grands Vins de Gironde (GVG) was fined 400,000 euros by a Bordeaux tribunal yesterday (5 April), but saw half of this amount suspended, according to separate local media reports from Sud-Ouest and France Bleu, quoting directly from the court.

A spokesperson for Bordeaux’s wine council, the CIVB, confirmed to Decanter.com that GVG had also been ordered to pay the body 3,000 euros in damages, after the CIVB joined the prosecution as a civil party.

In one of the biggest wine fraud scandals to hit Bordeaux, GVG had been accused of deception by producing an estimated 6,000 hectolitres of wine – 600,000 litres – that had been ‘mixed illegally or without traceability’, the tribunal was told at a hearing in March this year.

It is a case that goes back to 2014 and is believed to include wine that was wrongly labelled under well-known Bordeaux appellations such as St-Estèphe and St-Emilion.

GVG’s head of purchasing at the time was also given a 15,000 euro fine for his role in the operation, but the tribunal suspended payment; focusing blame on the company, said reports.

During the tribunal hearing, GVG’s lawyer, Alexandre Bienvenu, contested any ‘will to cheat’ on behalf of his client.

Wine implicated in the case had an estimated market value of 1.2 million euros, the tribunal heard in March.

Prosecution followed an investigation by inspectors for France’s anti-fraud body.

GVG is owned by the Castéja family, but there was no suggestion that the family owners were involved in the affair.