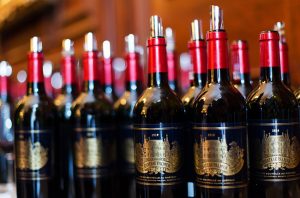 Château Palmer has leapt from the blocks in the Bordeaux en primeur campaign by releasing its 2017 wine at a lower price than the past two vintages, to cautious early optimism from the market.

Palmer, certified biodynamic and a third growth that is dubbed a ‘super second’ of Bordeaux’s 1855 classification, saw its 2017 first wine rated 95 points by Jane Anson, who tasted the wine alongside hundreds of others for Decanter’s Bordeaux primeur coverage.

During Bordeaux en primeur tasting week, Olivier Bernard, head of the UGC union for classified châteaux, told a press dinner, ‘If you are a wine lover, there is no reason to pay the same price [for 2017] as 2015 or 2016. I think most châteaux will price their wines sensibly in order to sell what they put on the market.’

Millesima UK was selling a case of six bottles in bond for £1,188. In the US, Millesima’s US business was selling a six-bottle case for $1,602.

The Margaux-based, biodynamic estate was understood to have held back around 50% of its production from the primeur campaign last year.

Palmer Alter Ego, the second wine, was also released at the start of the week, at 48 euros per bottle ex-Bordeaux, down 2% on the 2016 release price.

On the Right Bank, Valandraud 2017 was also released and was being priced by Farr vintners at £600 for a case of six bottles in bond.

Further south in Sauternes, Château Coutet released its Barsac 2017 wine at 27.60 euros per bottle ex-Bordeaux, which is a 4.5% increase on the 2016 release, according to Liv-ex.

Back to the main Bordeaux en primeur page on Decanter.com