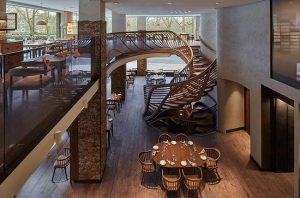 It’s always been a bit of a mystery – why doesn’t London have more three Michelin starred restaurants? Hide Above restaurant, with the dazzling Ollie Dabbous at the helm, may rectify that.

No expense has been spared to make this one of the most glamorous venues in London, with unrivalled views — ask for one of the tables that overlooks Green Park — and a curved oak staircase so beautiful that you feel obliged to make an extra trip to the cloakroom just to enjoy its mellifluous contours.

A phalanx of servers, most of whom seem to be sommeliers, hover to gratify every whim. There’s even a concealed drawer in the table which houses every type of phone charger you could possibly need.

There’s a record-breaking wine list of over 6,500 bottles, also available in the downstairs restaurant named Ground, and the bar, Below. Approximately 450 wines are on site and the remainder are obtainable from the owners’ luxury Mayfair wine shop Hedonism, which will whizz them over on demand at a surprisingly modest mark-up of £30. 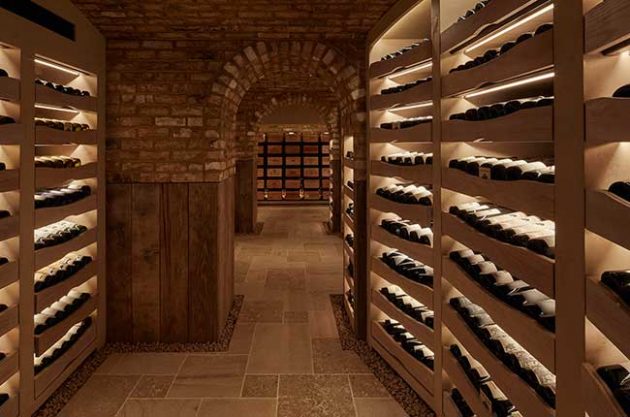 Can’t find what you want in the cellar? Hedonism will courier wine from their Mayfair shop to your table… Credit: 85piccadilly.co.uk

That said, the list is sufficiently diverse to opt for the accompanying wine flight if you’ve the budget for it – £65 in the case of the Classic wine pairing, £115 for the Discovery and an eye-watering £295 for the Hedonistic.

The meal itself starts with a suitably dramatic bang: a bowl of deep brown umami-rich mushroom broth and a pretty plate of crudités reminiscent of Michel Bras’ gargouillou of vegetables. It was paired, interestingly, with a rosé – a Picaro del Aguila Clarete from Ribera del Duero.

It’s worth ordering the extra course of what is simply described as ‘Cornish Fish in two services’ to experience one of the best fish stews you’ll ever have eaten, which comes with a plate of cured, sashimi-like plaice with an oyster emulsion

Other highlights include some absurdly tender raw tuna served Japanese style and paired with a Keigetsu Gin-no-Yume Junmai Daiginjo sake.

Or the ‘Nest Egg’, Dabbous’ signature dish of an eggshell filled with a concoction of egg yolk, smoked butter, toasted mushrooms and cream, with turbot swimming in a pool of green, peppery crushed nasturtium broth and a slow roast goose nestling — for once the word is justified — under a dome of something akin to crispy seaweed, much like the sort you find in your local Chinese, except this is made from kale. 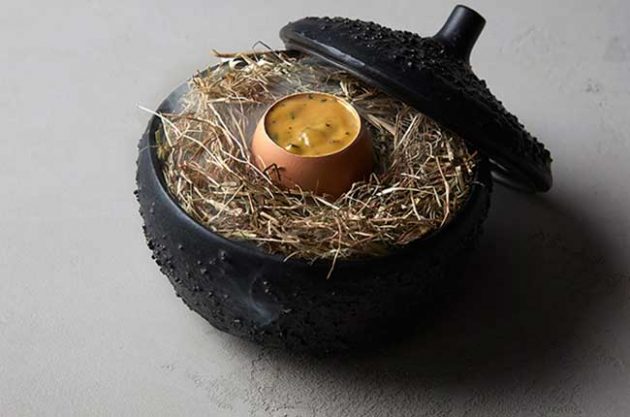 Choose the coconut dessert, which boasts no less than five coconutty elements including a sorbet, macaroon and dramatic shards of meringue, giving the overall effect is of a mini iceberg.

The only downside, common to restaurants at this level, is that it’s hard to sustain a conversation without a member of staff coming to explain something or retrieving a fallen napkin. But, then again, you come here to gawp rather than chat.

Expect a hefty bill of at least £150 a head for the full menu with wine. However given the location along with the quality of food and service you can understand that this can barely cover the costs.

Even with the seemingly bottomless pockets of its Russian owners, the prices will surely rise. Head to Hide before they do.