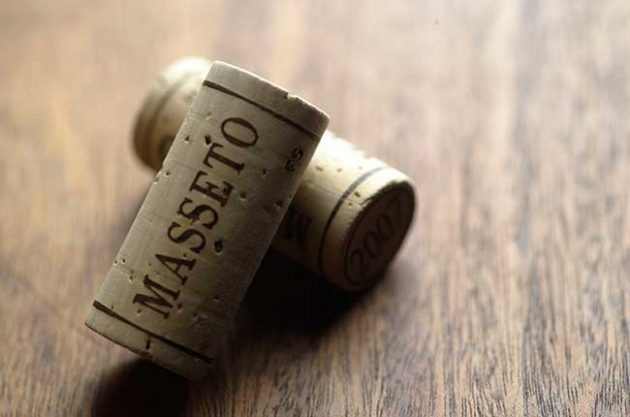 Newly released Masseto 2014 has sold well in early trading and provided the Place de Bordeaux with an opportunity to assert its credentials.

September has seen the now-traditional rush of non-Bordeaux, fine wines released through the city’s négociant system, with Masseto 2014 leading the pack alongside Opus One.

Early success for Masseto 2014 underlines how Bordeaux merchants have sought to capitalise on a broadening fine wine market.

Masseto has been on the Place de Bordeaux since the 2006 vintage but is also sold direct in Italy, the US and Canada.

Masseto 2014 was released as one of the cheapest recent vintages on the market, as noted by Liv-ex this month.

It was released on to the UK market at £4,200 for a case of 12, although this has risen to £4,800 at several merchants, including Farr Vintners. That’s up on the 2013 release price but, if buying a single bottle, the 2014 wine was slightly cheaper at several merchants versus 2013, in pound sterling.

Tuscany faced a tricky year in 2014, but this Masseto vintage still showed much promise at a recent tasting.

Paul Marus, wine buyer and director at Corney and Barrow in the UK, said the merchant could have could have sold its Masseto 2014 allocation ‘three or four times over, even though we had increased the number of bottles we received this year’.

One courtier in Bordeaux told Decanter.com, ‘The aim with Masseto is to offer at a price that offers potential of good margins at each stage, including for the final consumer.

‘This is a strong brand and it knows how to maximize the benefits of the Place. It sells around 50% of production through négociants and shows what a powerful tool this can be if used correctly,’ said the courtier, a specialist in introducing overseas wines to the Bordeaux marketplace.

Besides Masseto, September 2017 has seen the release through Bordeaux of three wines from the Verité estate in Sonoma: Desir, Joie and Muse, as well as Château de Beaucastel’s Hommage à Jacques Perrin, plus Opus One, Sena, Solaia and Almaviva.

‘The winners, by a country mile, were Masseto and Opus One,’ said Marus. ‘Both are incredibly strong brands and both think about the release price.

‘The Place also gives the wines global distribution and furthermore it shows châteaux in Bordeaux that the Place is something that the rest of the world respects and envies.’

According to trading data on the Liv-ex platform, every Masseto vintage for the last decade has increased in price in the past 12 months. But, going further back, there has been a small decline for the highly rated 2006 and 2001 vintages in the past six months.