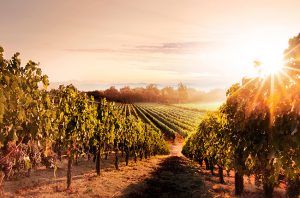 Streaming service Netflix is to bring out a film called ‘Wine Country’, set in Napa Valley, which will be the directorial debut from comedian and actress Amy Poehler.

Wine Country is about a group of friends who visit Napa Valley to celebrate a 50th birthday.

Poehler will direct, produce and star in the film, alongside others stars previously from US comedy sketch series Saturday Night Live, including Rachel Dratch, Maya Rudolph, Ana Gasteyer and features Tina Fey.

Although no release date is known yet, filming will start at the end of March, in Los Angeles and Napa.

It is not yet known which, if any, particular Napa wineries will feature in the film.

Netflix has released a teaser video of the cast singing along to the Kenny Loggins/Stevie Nicks song ‘Whenever I Call You Friend.’

Other popular wine films have included buddy-movie Sideways, also set in California, and the Somm series, following those training to be sommeliers, which is due to release a third film.

Sideways has also become a theatre production, based on the original book by Rex Pickett.

Sour Grapes is a documentary about  wine fraudster Rudy Kurniawan