Bordeaux 2016: Cheval Blanc, Margaux, Mouton and Haut-Brion all out

Many of the big names have released Bordeaux 2016 en primeur wines in the past few days, amid a growing focus on the proportion of wine that estates are keeping back in the cellar. 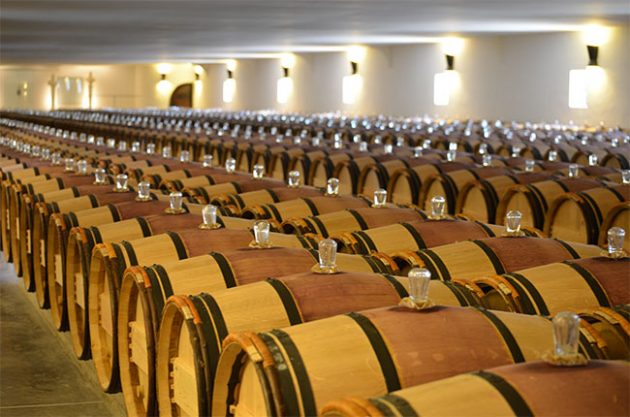 It is the busiest period of Bordeaux 2016 releases after a week that has seen négociants on Bordeaux’s Place de Bordeaux offering big-name releases from dozens of châteaux.

Price rises have also become a feature of the campaign, despite concerns over exchange rates and a generally uncertain political and economic climate.

Léoville Barton was a strong performer in 2016, scoring 96 points with Decanter, and it appeared to sell quickly with some UK merchants reporting low stocks on their websites. Farr Vintners was selling a case of 12 bottles for £750, and Berry Bros & Rudd a case of six bottles for £372, both in bond.

Château Margaux, Château Haut-Brion and Château Mouton Rothschild have all released at €420 per bottle bottle ex-négociant (up around 9% in euro terms, being offered at £5,184 per case of 12 bottles on UK market).

Release quantities are increasingly occupying minds, amid speculation about how much production châteaux are holding back.

This could have an impact on the rationale for buying a wine that is still in barrel and will not be released in-bottle for two years.

Mouton broke a little with the pack by also offering the same volume to the market as last year, and was very well received because of it.

Haut-Brion offered also in one tranche, but with a 20% cut in volume versus 2015.

Nick Martin, of the Wine Owners trading exchange, told Decanter.com, ‘Mouton has released the same quantity as 2015 but in a more abundant year, so keeping more back as a proportion, and that’s on the back of en primeur release reductions in 2014/2015.

But, he added, ‘The answer to that question isn’t likely for at another two years, and for UK buyers that’s plenty of time for the currency exchange to effect secondary market prices.’

He said, ‘Generally supply is clearly being even more tightly controlled this year as producers throttle back their en primeur releases. The reductions are all the more notable for the 20% increase in juice. Some names such as Calon-Ségur have been almost impossible for buyers to find.’

‘The 2016 is available at around a 50% discount to its older sibling [the 2015], making it a likely target for collectors,’ said Liv-ex analysts.

‘So far the clear winners have been Cos d’Estournel 2016 and Beychevelle 2016,’ said Martin. Several merchants have agreed with this assessment in previous reporting by Decanter.com.

Smaller producers selling en primeur have said that, as usual, the price rises are squeezing them out of the system.

One St Estèphe producer, who didn’t want to be named, told Decanter.com, ‘Negociants’ budgets are more limited than ever because banks are not lending large amounts, and it means budgets are concentrated on the big names who are asking higher and higher prices.

‘En primeur is an increasingly difficult segment to be part of for the rest of us.’

What’s been selling so far…