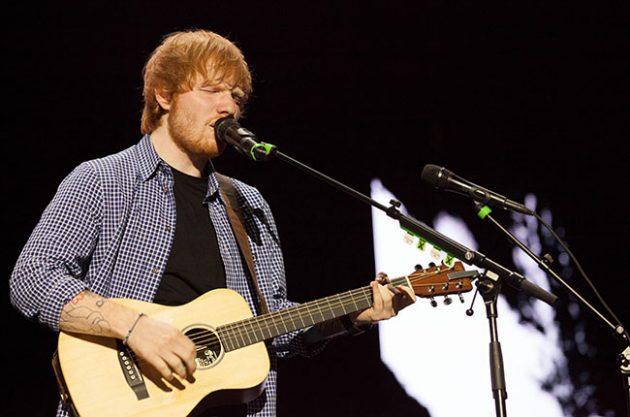 Jordan Winery in Sonoma County has rewritten the lyrics to pop song ‘Shape of You’ by singer-songwriter Ed Sheeran, to make it about Cabernet Sauvignon as grapes begin to roll in across California.

Jordan Winery re wrote the lyrics to the song ‘Shape of You’. Credit: Richie Soans / Alamy Stock Photo

‘Shape of Cab’ has been released in time for the 2017 Cabernet Sauvignon harvest in California, Jordan Winery said at the end of last week.

Its re-written lyrics to the Ed Sheeran pop hit ‘Shape of You’ include:

The Sonoma-based winery takes a jibe at heavier Napa Cabernet wines, with the opening lines:

‘Napa isn’t the best place for wines of balance
Sonoma is where I go.’

It has also produced a music video to go with the song.

It is not the first time Jordan Winery has created wine-themed music videos to pop songs.

Previous examples include ‘Blurred Vines’, a parady of Robin Thicke’s ‘Blurred lines’ and ‘Grape Thrills’, a version of ‘Cheap Thrills’ by Sia.

As of July 2017, the original ‘Shape of You’ has a combined sales of 2.6 million units across all platforms in the UK, making it the most streamed song in the UK of all time.

It remains to be seen whether ‘Shape of Cab’ can emulate Sheeran’s success to  become an anthem of California grape pickers this year.

Ed Sheeran has shown some interest in wine. In March this year, he bought a property in Umbria, Italy, with an adjoining vineyard.