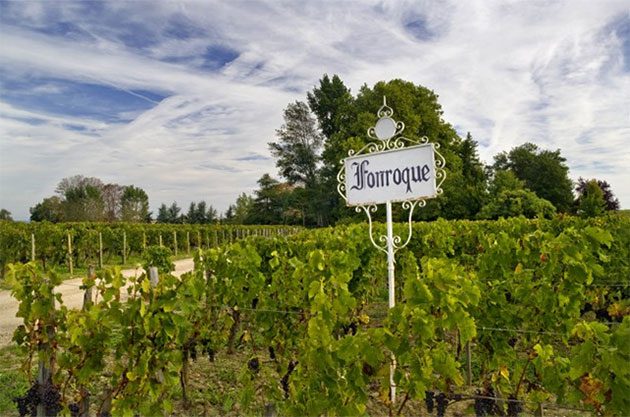 St-Emilion Grand Cru Classé estate Château Fonroque has been sold to the family behind a French insurance group, in the latest of several winery deals to be announced in Bordeaux this year.

Château Fonroque is one of several Bordeaux wine estates to change hands in 2017. Credit: Fonroque

The Guillard family, based in Nantes and which owns insurance group CHG Participations, has bought Château Fonroque in St-Emilion for an undisclosed fee.

Alain Moueix and the Curat family sold Fonroque to the Guillard family back in July 2017, but the deal has only just been confirmed.

It is the latest of several château sales in Bordeaux this year, including Troplong Mondot heading to French insurance group Scor for an undisclosed fee.

The Fonroque deal carries extra poignancy because it is described as the birthplace of the Moueix family in St-Emilion; it was acquired by

Fonroque is certified organic and has 20 hectares under vine.

The Guillards inherit an estate at the top of its game.

Decanter’s Jane Anson rated the Fonroque 2016 en primeur wine as 93 points, praising its vibrancy, ripeness and ‘almost menacing power’ and describing it as ‘one of the best ever wines from this property’.

Alain Moueix has managed the estate since 2001. He is set to remain as an ‘active consultant’, helping to manage the estate ‘over the next few years’, according to the new owners.

The Guillards also plan to invest in a new vat cellar at the estate.