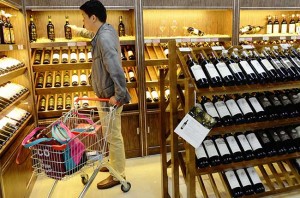 Chinese officials have threatened retaliatory tariffs on American wine shipments, as well as on more than 100 other goods, after US president Donald Trump signed-off new import taxes for Chinese goods.

China’s Commerce Ministry said that it would hit back if the US goes ahead with import tariff plans on imports of Chinese steel.

China will impose tariffs on 128 US products with a combined import value of around $3 billion, the Ministry of Commerce announced on Friday (23 March).

A first wave of tariffs would hit several sectors, including wine, fruit and nuts, and tariffs would likely be around 15%, the ministry said.

It added that China might also file a complaint against the US at the World Trade Organisation.

The dispute could be a worry to US winemakers.

US wine exports to ‘Greater China’, including the Mainland, Hong Kong and also Taiwan, were valued at $210 million in 2017, up 10% on the previous year, said the California Wine Institute earlier this month. Total US wine exports for 2017 were $1.53bn.

Some observers pointed out that China’s reaction and threats to around $3bn of US goods had been relatively restrained after Trump’s administration in the US announced investment restrictions and tariffs on Chinese goods that were estimated to affect $60 billion-worth of products.

Exports of US goods and services to China were worth around $170 billion in 2016, according to US government statistics, meaning the US had a trade deficit with China of around $385bn.

The post China threatens US wine with retaliatory tariffs appeared first on Decanter.