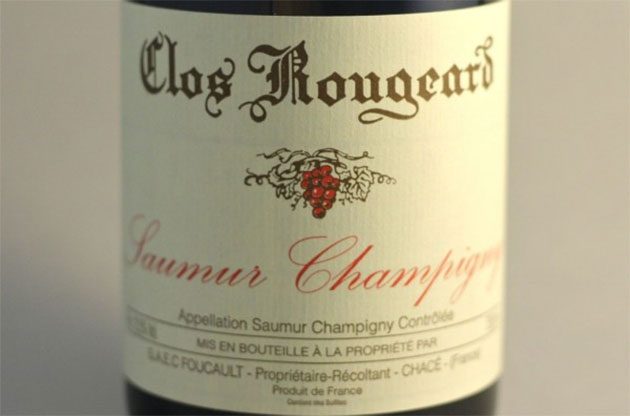 Cult estate in the Loire, Clos Rougeard, has been sold to the Bouygues brothers, regulars on the France rich-list and current owners of Château Montrose in Bordeaux.

After months of rumours, the purchase of Loire legend Clos Rougeard by billionaire brothers Martin and Olivier Bouygues was officially confirmed today (23 June).

No fee was disclosed and the deal is likely to be a hot topic of conversation in the region.

Eight generations of the Foucault family built up this property in Saumur-Champigny to the under-the-radar powerhouse that it is today. It was first created in 1664.

Its Cabernet Franc wines are among the most sought after in the world and yet whose owners Charly and Nady Foucault routinely shunned any publicity.

The news comes 18 months after Charly Foucault died, leaving Nady in charge. Sale rumours first emerged around Clos Rougeard last year, but nothing was ever confirmed.

‘This property has become an emblem of the Saumur region thanks to the exceptional work of Charly and Nady Foucault. It produces one of the greatest Cabernet Franc wines in the world,’ said the press release announcing the deal.

No chemicals have ever been used on the property, and the vines are farmed biodynamically.

Popstar Pink! is among those who have been lucky enough to visit the estate. She ended up having dinner with Charly Foucault, she said in a recent interview.

Martin and Olivier Bouygues, who created their €2.3 billion fortune initially in telecoms and property, are also co-owners of Château Montrose in St-Estèphe, Bordeaux.

The death of Charly Foucault was confirmed today (29 December) by his brother, Bernard Foucault, also known as Nady. Jean-Louis…

Clos Rougeard, Le Bourg 1990 is a legend because…