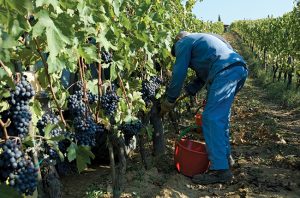 When, a decade and a half ago, I wrote The New France, I found myself repeatedly using one phrase in chapter after chapter: ‘non-interventionism’. Which was strange: it has no French equivalent. I wouldn’t even know how to translate it into French.

Books are written for their readers, which in this case meant English-language wine lovers and wine-creators. France was out of favour at the time, criticised for its legislative rigidity and qualitative inconsistency. The southern hemisphere and California, by contrast, were in the ascendant, and their ‘reliable’ and sometimes interventionist wines widely acclaimed. But everyone in both hemispheres was claiming that they wanted to make terroir wine. That was, quite correctly, seen as the future of fine wine.

I could see an anomaly – so my use of ‘non-interventionism’ was to underline a fundamental truth of terroir, one so widely accepted in France that no one ever bothered to mention it. Which is this: if you want to make a ‘wine of place’, you have to respect the place and what it delivers to you in terms of raw materials. Place, variety and season are all inscribed in the chemical constituents of the must. Intervene and adjust them if you wish, but do so knowing that you will efface the sense of place and season as a consequence.

A decade and a half later this is widely understood. If I was writing the book again, I doubt that I’d even mention this rather awkward phrase. But we’ve all gone much further now – beyond where the buses stop, and on into the dark forests and craggy uplands of ‘natural’ wine. Sometimes the sun sweeps across the uplands, to thrilling effect; sometimes the forests are drenched in rain, and are thoroughly miserable. The natural wine premise is absolute non-interventionism: nature in all its glory.

There is, though, another anomaly here, and it’s one that Australia’s Brian Croser has recently pointed out: non-interventionism should not mean non-winemaking. Nature needs help to be glorious. The analogy of winemaker-as-midwife is apt. If midwives do nothing and let nature take its unimpeded course, the levels of death in childbirth will soar to tragic effect. Fundamentalist ‘non-interventionism’ is, like all other forms of fundamentalism, a disaster.

‘Paradoxically,’ says Croser, ‘it takes a high degree of knowledge, a power of informed observation and large capital investment to be truly and successfully “non-interventionist” in growing grapes and making fine wine.’ He’s right – though smaller wine-growers might hope to replicate the large capital investment with unreasonable doses of hard work.

How about coming up with a definition of successful non-interventionism? The two key points would be, as Croser suggests, ‘knowledge’ and ‘observation’. Growers need knowledge to understand what is happening in a vineyard or a fermenting tank at every moment, which in turn implies constant scrutiny. A wine-grower is on sentry duty from budbreak to bottling, and you can never have enough knowledge or experience to inform what you are observing. Non-interventionist winemaking means proactive inactivity: maximum respect for raw materials combined with minimum tolerance of deviations.

To harvest the very best grapes that place and season permit, at the perfect cusp of ripeness, will often mean a summer of incessant work. To ferment the juice of those grapes in a limpid and translucent manner means close-focus analysis, patience, spotless hygiene, restrained oak use, and often the sage use of sulphur in order to avert the chronic spoilage or homogenising faults that will efface terroir even more comprehensively than winemaking adjustments.

It’s our great good fortune as drinkers that almost every fine wine from both hemispheres is now made in this way. Hipster wines, by contrast, are often proudly confrontational; for you to decide if they’re delivering purity and profundity, or abusing your trust. Like winemakers, drinkers too need to be on sentry duty, to call out fundamentalism for what it is: the perversion of a high ideal.

Where to buy Andrew Jefford’s ‘The New France’