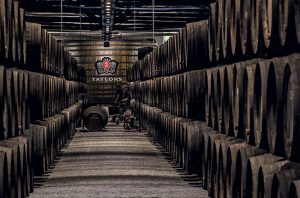 St George’s Day in England marked a further flurry of Port 2016 vintage declarations, with Sandeman plus the Fladgate Partnership’s Croft, Fonseca and Taylor’s all joining the club.

Fladgate said that all three of its houses had declared the 2016 vintage on 23 April, according to custom.

They were joined by Sandeman, where excitement around the 2016 vintage in the cellar began early.

‘As soon as the grapes arrived at our Quinta do Seixo winery, we knew this was the best we had seen since the last declaration in 2011,’ says Luis Sottomayor, the winemaker responsible for Sandeman and Offley Ports.

The new declarations add to those previously made by Symington Family Estates across all of its houses, including Cockburn’s, Dow’s, Graham’s and Warre’s, plus a declaration by Quinta do Noval.

‘The keynotes of 2016 are purity and refinement,’ said Fladgate’s MD, Adrian Bridge.

But, he warned that below-average yields could tighten supplies.

‘The amount of 2016 Vintage Port offered will be relatively restricted and allocations will be tight,’ he added.

Fladgate said that that 2016 Croft, Fonseca and Taylor’s would be available in most markets by autumn this year.

‘2016 is likely to be only the fourth fully declared vintage since 2000,’ Richard Mayson, Port expert, author and regional chair for Port and Madeira at the Decanter World Wine Awards, told Decanter.com in early April.