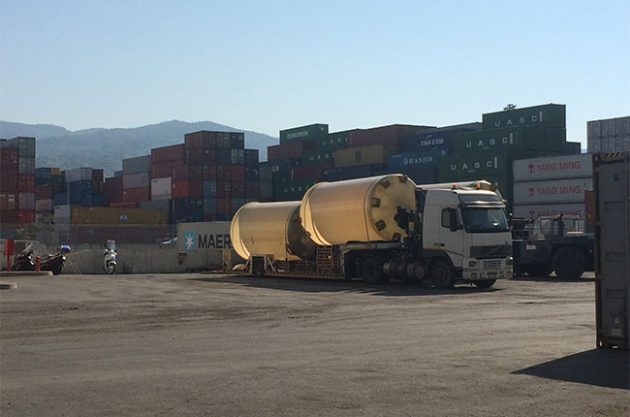 One of France’s largest bulk wine companies has found itself at the centre of a storm over the alleged false labelling of large amounts of cheap table wine as being from well-known Rhône appellations, including Châteauneuf-du-Pape.

Guillaume Ryckwaert, CEO of bulk wine company Raphaël Michel, has been released on a one-million euro bail following the allegations.

An investigation was ongoing into whether, and to what extent, the company might have allowed cheap table wine from outside of the Rhône to be labelled as appellation wines from the region.

It is thought the case could involve up to 30 million litres of wine. Some wines were believed to be wrongly labelled as Châteauneuf-du-Pape, as well as Côtes du Rhône.

No Rhône winemakers have been implicated in any wrongdoing.

Ryckwaert’s lawyer, Olivier Morice, was quoted in France’s Le Parisien newspaper as saying that his client had many ‘jealous rivals’; implying some of them might want to impede Ryckwaert’s success at Raphaël Michel.

Ryckwaert has reportedly been suspended from contact with the company, pending the investigation. The firm was being run by Alexandre Desroches on an interim basis, according to French media reports.

Rhône producers have become concerned by the case and have joined the prosecution as a civil party.

‘We are now a civil party, and we have been informed of the first elements confirming the gravity of the acts charged against Raphaël Michel,’ said Philippe Pellaton, president of the Syndicat des Côtes du Rhône.

The scandal was first reported by France’s V&S News and has since been taken up by other French media.

A preliminary investigation began in the autumn of 2016, following suspicions about the origin of some wines and allegations of a large-scale fraud concerning more than 100,000 hectolitres of wine on the French market wrongly labelled as Vin de France, Côtes du Rhône and Châteauneuf-du-Pape AOP.

Officials at France’s National Customs Judicial Service were reported to have spotted discrepancies at Raphaël Michel.

Raphaël Michel was founded in 1899. Based in Piolenc, in the Var department, and its portfolio includes wineries, contracted co-operatives and vineyards.