Auction house Acker Merrall has admitted infringing on the trademarks of Moët Hennessy after it ‘unintentionally’ listed a counterfeit bottle of Krug Collection 1947 in a Hong Kong sale catalogue. 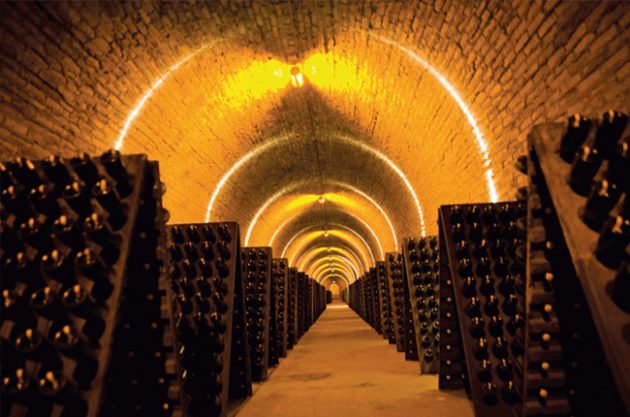 Riddling racks in the Krug cellars in Champagne.

The settlement between the two companies in the High Court of the Hong Kong Special Administrative Region follows the catalogue listing of a bottle of Krug Collection 1947 by Acker Merrall & Condit (Asia) in September 2012.

As a result, Moët Hennessy brought a court action for trademark infringement and passing off, which resulted in Acker Merrall’s admission of the infringement.

The French company, which is part of LVMH, added that the court settlement also states that the auction house should ‘conduct reasonably appropriate authentication procedures’ to ensure that all products labelled as Krug (or any other Moët Hennessy Champagne trademarks) are genuine.

Acker Merrall & Condit (Asia) said it was ‘pleased’ to have settled the case, but pointed out that the matter did not come to trial, but the parties reached a settlement ‘after years of litigation’.

The auction house added that the infringement of Moët Hennessy trademarks had been ‘wholly unintentional’, and that it or its affiliates had sold tens of thousands of bottles of Krug Champagne.

‘Unfortunately, counterfeits are a reality of life in the fine and rare wine world and, despite robust procedures we have in place to minimise the risk of counterfeit bottles entering the marketplace, those procedures are not infallible,’ Acker Merrall said.

‘In this particular case, Krug was able to conclude that the bottle at issue was counterfeit after subjecting it to review and comparative analysis at the domaine. This review and analysis included access to information and records that were, to our knowledge, in Krug’s sole possession and which were not publicly available.’

Moët Hennessy said the action reflected its ‘dedication to the fight against counterfeiting’, adding: ‘Moët Hennessy is committed to ensuring its consumers the best quality and security, and is extremely vigilant in all distribution channels.’

Krug, a name so fabled and evoking in emotion. This small but great house stands alone atop the Champagne pyramid,…

Krug 2002 is the product of a vintage where ‘everything went right’, says Champagne expert and author Michael Edwards.

NEWER POSTRise of the super sommeliers
OLDER POSTChampagne and art: Inside the Perrier-Jouët Maison Belle Epoque