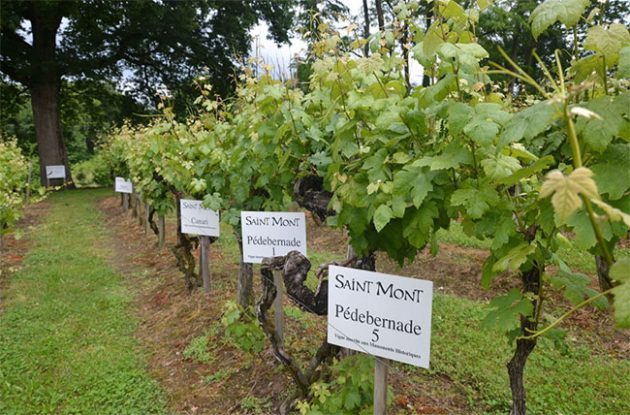 A ‘long lost’ wine grape has been listed on the official French register amid claims that it could help winemakers to withstand the effects of climate change.

A grape known as ‘Tardif’ in south-west France and which survived the phylloxera epidemic that plagued Europe’s vineyards in the 19th Century has been given a new lease of life via a listing on France’s official wine grape register.

It’s thought that Tardif’s late ripening qualities might give winemakers more options when faced with higher temperatures that are expected this century due to climate change.

It is a slow grower, often reaching peak ripeness around the end of October to early November, said Plaimont Producteurs, the wine co-operative that lobbied for Tardif to be listed.

That could be an advantage in areas with long, hot summers and autumns, although it was unclear how the grape would fare in a more maritime climate with greater rainfall. Tardif is believed to be native to Gascony, but its family history was not clear.

‘We are delighted that we can reintroduce an indigenous grape variety of such high quality,’ said Nadine Raymond, Plaimont winemaker for re-discovered grape varieties. ‘The nursery is coming along nicely and we are looking forward to planting it next spring.’

Around 1,500 Tardif vines will be planted and commercial production could begin after the 2020 harvest. Tardif is known for its peppery and spicy notes, Plaimont said.

Plaimont has been cultivating Tardif non-commercially after first discovering it in the Pédebernade vineyard in the Gers village of Sarragachies in south-west France.

The 200-year-old vineyard was declared a historic French monument in 2012, because of the range of rare and old grape varieties growing there.

It is one of the only sites to have remained unaffected by the phylloxera pest that decimated French vineyards in the late 19th Century and eventually forced many producers to rely on American rootstock for survival. It’s thought that the Pédebernade vineyard’s sandy soils provided a barrier to the pest.