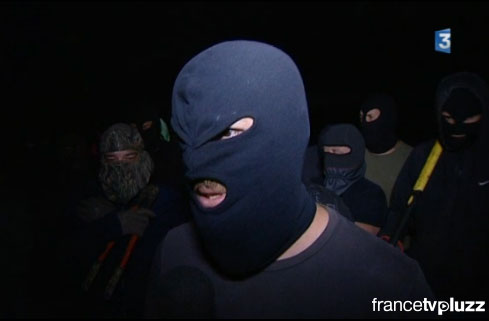 It is believed that French police have stopped a possible sabotage attack by French militant winemaker group CRAV – or CAV – in Bordeaux in the past month.

Southern France’s violent wine activist group, the Comité Régional d’Action Viticole, better known as CRAV or sometimes simply CAV, was understood to be behind a foiled attack in early May on one or more Bordeaux-based bulk wine sellers.

Police stopped the activists on the A62 motorway that runs from Toulouse up to Bordeaux, according to French media outlet Vitisphere. No one was willing to go on-record to confirm the story.

Alexandre Abellan, journalist with Vitisphere, said the news raised concerns for the Vinexpo wine trade show, due to take place in Bordeaux from Sunday 18 June. Vinexpo has chosen Spain as its ‘country of honour’ and much of the CRAV violence has centred on disrupting cheap Spanish wine imports in France.

Asked about CRAV, Vinexpo spokesperson Anne Cusson told Decanter.com that the show’s aim is to promote wine sales and that it will, as usual, include many exhibitors from the Languedoc, therefore it would make little sense as a target.

She added however that in the current security context, no threat, however unlikely, can be taken lightly and Vinexpo is working closely with the police to maintain the highest security levels. Bordeaux’s police department did not immediately respond to questions about a possible CRAV attack.

On 8 June, militants attacked a Languedoc merchant that they believed was selling Spanish wines. They cracked open vats and sent half a million litres of wine pouring out; some of it likely French wine as well as Spanish.

‘It feels as though there is more anger, and maybe double the number of CRAV attacks compared to last year, when there was maybe three,’ said Abellan.

He added that existing anger about falling sales and cheap Spanish imports has been exacerbated by drought, frost and the apparent lack of any near-term solution.

Local unions in Languedoc have condemned the violence, which is not believed to have caused any injuries as yet.