China’s Xi Jinping served a selection of Chinese wines to Donald Trump during their meeting in Beijing, as the pair struck a conciliatory tone with each other. 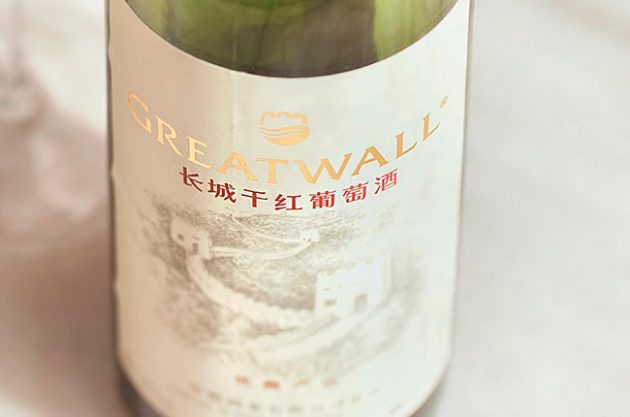 Great Wall wines were served at the dinner between Xi and Trump, plus delegates, in Beijing. Credit: Tony Vingerhoets / Alamy

Wines served during a dinner between Chinese president Xi and US president Trump, plus other dignatories – including business leaders – were largely from Great Wall’s Chateau Sungod based in Hebei province near to Beijing, according to a statement from the producer.

Although Trump has declared that he is tee-total, other US and Chinese delegates at the dinner were given Great Wall ‘the Chief Winemaker’s Selection’ 2009 – a Cabernet Sauvignon from Chateau Sungod in Hebei, plus Chateau Sungod Riesling 2011.

Food served at the dinner is understood to have included a blend of dishes, from ‘kung pow chicken’ to steak and with an option of pastries for dessert.

Chinese wines are now a mainstay of international diplomacy, thanks in no small part, of course, to both China’s prominence in geo-political discussions and also the now-established cusom of host nations serving home-made wines.

Great Wall wines and those made by the producer Changyu have both featured heavily at official Chinese functions in recent years. Great Wall has tended to be the preferred choice for diplomatic receptions in and around Beijing.

The wine regions in Hebei province include Shacheng, located in the northwest of Beijing, which is better known for dry white wines; and Changli, which is in the northeast of Beijing and is more associated with red wines.