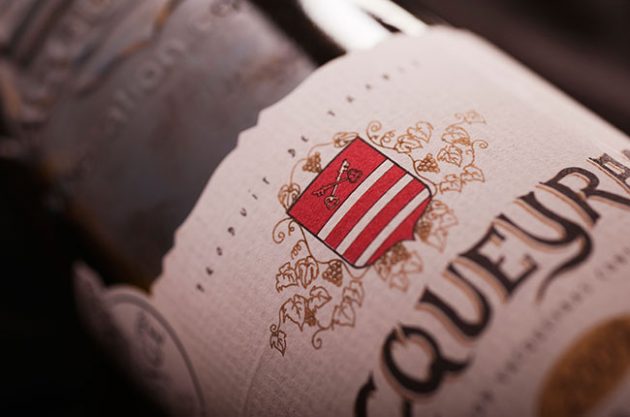 It’s been one of the earliest harvests on record in the Rhône and quality is generally being reported as excellent, but there’s simply not enough grapes in several appellations and this could mean price rises for some wines, writes Matt Walls.

With almost all of the grapes now picked, winemakers across the Rhône Valley are celebrating a vintage of excellent quality but very low quantity in what is one of the earliest vintages on record.

France as a whole is facing one of its smallest harvests for decades, with other regions such as Bordeaux and Loire hit hard by late spring frosts.

In the Southern Rhône, the first whites were picked on 21 August, and reds on 28 August with corresponding dates in the Northern Rhône seven days later. This equates to a full two weeks earlier than in 2016.

In the Northern Rhône, flowering took place two to three weeks earlier than usual, according to Damien Brisset at Ferraton. ‘and these advances were sustained for the whole growing season’, one which was relatively hot but very dry, resulting in lower than average yields.

Excepting some localised hail in St-Joseph, Claire Darnaud of Delas reported ‘the perfect vintage with amazing weather conditions: warm and sunny since April, with just a few rainfalls at exactly the time when the vines were starting to show stress… basically no disease pressure, weeds have been growing very little and spraying, as well ploughing the soils, could be kept to a minimum… come harvest time, the foliage was absolutely perfect – green and healthy.’

Condrieu, however, was less lucky. ‘The only week in June when it was cold was during flowering,’ said Paul Amsellem, of Domaine Georges Vernay.

This caused serious coulure with the Viognier – the failure of grape clusters to form after flowering – which resulted in a 50% drop in their yields compared to 2016.

In Southern Rhône, the varietal mix of some cuvées are likely to be altered to make up for the lack of Grenache

Coulure in the Southern Rhône was severe, affecting the Grenache and to a lesser extent the Syrah. Later ripening varieties such as Mourvèdre and Carignan were unaffected.

One result is that the varietal mix of some cuvées are likely to be altered to make up for the lack of Grenache, as in 2013.

This coulure, coupled with a long spell of intense dryness, means that yields have been hit hard – down 30% to 50% depending on the appellation, according to Laurent Brusset of Domaine Brusset.

He was pleased with the quality of the harvest, however, which produced bunches with ‘small berries, thick skins, ripe yellow stalks and brown pips (a vigneron’s dream).’

This has enabled him to include more stems in his ferments. With such concentrated must, he has noted the importance of avoiding forceful extraction techniques such as punching down in favour of more gentle pumping over.

Ralph Garcin, at Château la Nerthe in Châteauneuf-du-Pape, agreed that ‘it’s an atypical year’ of beautiful quality but very low quantity due to the combination of coulure and drought. They had just 60mm of rain from May to the end of September. Garcin described the resulting wines as ‘precise, straight, fleshy, with a very strong tannic imprint’.

The reduced yields will undoubtedly have an economic impact on growers, particularly in the Southern Rhône.

It will also mean there will be little of what looks like a very good, ageworthy vintage to satisfy demand.

Matt Walls is in the Rhône tasting the 2016 vintage for Decanter. Look out for his Rhône 2016 vintage report and top wines towards the end of the year.