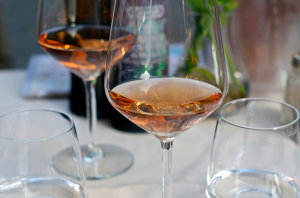 UK wine retailers have reported a spike in rosé sales over the May bank holiday weekend, which saw record-breaking temperatures.

Majestic Wine reported a 114% increase in rosé sales over the bank holiday on 7 May, compared to the same period the previous year.

It was the hottest May Day bank holiday on record, with temperatures reaching 28°C in some parts of the UK.

Reports from Majestic and other retailers underline the rise in popularity of rosé wine in recent years.

Waitrose told Decanter.com that it ordered in 50% more rosé wine for the bank holiday weekend in anticipation of the heatwave.

Sales were up 84% compared to last year, it said.

Provence rosé remains the category leader at Majestic, with sales up 14% year-on-year for the financial year 2017/18.

This follows a strong increase for Provence rosé at the retailer last summer too.

Majestic also reported an increase in rosé sales over the winter months, suggesting that it is not only seen as a warm weather drink for a growing number of wine lovers in the UK.

The retailer also reported greater interest in a range of styles.

‘For many, rosé has meant one of two things – pale and summery, or dark and sickly, said Charles Cutterdige, rosé buyer at Majestic.

‘But we’re seeing a huge change in the category now, as more styles come in. Malbec is a great example. It has popular appeal as a red wine but we’ve had increased interest in our pink styles too. It’s the same with other grapes, like Pinot Noir, as well as whole regions – like Lisbon.’

Look out for the rosés beyond Provence panel tasting in the August 2018 issue of Decanter.