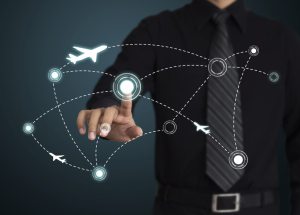 Top 10 travel destinations waiting to be discovered in 2018

We’ve all heard the saying, “The world is your oyster.” But honestly, that doesn’t even begin to crack the shell of our planet’s infinite wonders, natural phenomenon and cultural intricacies that are by even the most casual travelers. So ditch the armchair, put electronic devices in hibernation, and drop foot in these top 10 travel destinations for 2018.

Bring Back the Caribbean in St Croix, U.S. Virgin Islands

This is the year when luxury travel and “cultural awareness” happen to collide in a big way. St Croix, slowly emerging from the devastating hurricanes of 2017, is still the same island the world loves to love – and for good reason. Descriptive adjectives abound in better times, but let’s just say: playful Caribbean breezes, lush tropical rainforests, cubbyhole snorkeling coves, ancient forts, shipwreck diving and even a flashy modern casino. The Buccaneer, an iconic pink colonial plantation inn, is welcoming the world to stay-and-play as they’ve done for generations. This is how mindful travelers can pitch in, just by spending 2018 vacation dollars where they really count.

The Sea Islands of America’s Eastern seaboard harbor tales of pirates, shipwrecks, Civil War battles, and financial titans charting the course of history in lavish summer cottages. It’s also the heart of Gullah and Geechee culture, dating back to antebellum sugarcane and cotton plantations on the islands. Visit the genteel Jekyll Island Club for a romp through the former summer homes of America’s elite families bearing names like Pulitzer, Rockefeller and Vanderbilt. Within a couple of hundred miles of coastline, you can discover Gullah folk art and devour a Low Country seafood boil on St Helena Island; Stay at the Holiday Inn Resort in Jekyll Island and take in the view of tabby-shell architecture in the tiny Sapello Island community of Hog Hammock and see feral horses running wild with the wind on Cumberland Island National Seashore.

Just a one-hour train ride from Rome drops you into the heart of Umbria, a land of endless olive groves stretching lazily in the shadow of the Mount Petrarvella, along with golden fields of delicate saffron and deep damp forests harboring elite black truffles. Help bring in the harvest and delve into the Italian “slow food” movement at places like Il Fontanaro, a family-owned organic olive farm with centuries-old villas and a slow-food culinary school. You’ll roll out thin ribbons of handmade pasta, and then pat rising mounds of dough into flatbread foundations cradling freshly-picked tomatoes, basil, local sausages, fresh mozzarella and the Pinelli family’s own olive oils – all under starry Umbrian skies. The medieval gated village of Paciano is only a short stroll away, where old men really do sit on benches amidst cobblestone streets and tiny ancient cottages. BONUS TIP: Make the most of your visit by staying at Residenza Paolo VI in Rome for 6 nights and get $53 cash back to spend any way you like.

Shake off the idea that “forest bathing” has anything to do with nudie soaks in the Japanese evergreen forests. Known as Shinrin-Yoku and sanctioned by the Japanese government with 200 dedicated trails, the practice is really all about breathing in the natural essential oils, known as phytoncides, that exist naturally in many trees and plants. This triggers a plethora of health benefits such as reducing the production of stress hormones, lowering blood pressure and boosting the immune system. In keeping with Japan’s devotion to the environment, and a deeply held belief based on politeness and respect, forest bathing is an eco-travel trend that lines up with Henry David Thoreau’s admonition in “Walden” to “smell the whispering sedge” and embrace the “tonic of wildness.”

Blanketing this East African island with ancient intoxicating aromas, the spice plantations of Zanzibar are like something out of colonial-era movies. Wafting through the humid evening air, the distinct presence of nutmeg, ginger, pepper, cloves, coriander, tamarind, vanilla and ylang ylang is overpowering. Unpack your bags at African House Hotel in Stone Town amidst the well-known red-tiled rooftops and you’ll find local guides who are more than willing to transport you into the world of exotic spices and fruits growing unfettered on fertile plantations and small farms in Kizimbani and Kindichi. They’ll arrange for traditional Swahili meals and baskets brimming with custard fruits, papayas, mangos and jackfruit. Back in Stone Town, a UNESCO World Heritage Centre, you can roam through “duka squares” and colorful small markets offering Zanzibar handicrafts, textiles, ukili palm-woven jewelry and – of course – spices. If you’re lucky, you’ll wrangle an invitation to a Dada cooking class in Matemwe Village.

Ever since Charles Darwin accidentally landed in the Galapagos Islands aboard the H.M.S. Beagle in 1835, this aquatic archipelago off the shores of Ecuador has held a mystique that even today’s intrepid voyagers have yet to quell. As the ship’s resident naturalist, enthralled with raw undisturbed nature, Darwin based his now-famous “Origin of Species” on his return explorations of the San Cristobal, Floreana, Isabela and Santiago Islands. Little has changed in the Galapagos of today, where you can swim freely with Galapagos Sea Lions in their unfettered, natural habitats. Due to a lack of natural predators and minimal tourism, these playful sea creatures bobble on beaches like floppy cartoon characters and nurture their young by the thousands in La Loberia Nature Reserve on San Cristobal Island.

Spoken by W.B. Yeats, one of Ireland’s favorite pen-pushers, “The world is full of magic things, patiently waiting for our senses to grow sharper.” You can count on that happening almost instantly when you set foot in the County Clare, about a 130-mile train ride from Dublin. It’s like suddenly being plunged into the past with ancient castles and rolling emerald-green meadows that are seemingly untouched by modern civilization. Make your way to Bun Ráite castle, commonly known by its English adaptation of “Bunratty,” and tromp through medieval bed chambers, ballrooms, chapels and banquet rooms towering over the Raite River. Continue your travel through time by laying your head at Temple Gate Hotel which sits at what used to be a convent in the 19th century. Then make your way through the surrounding folk park, a living-history village dating back to the 1800s, and then stay into the evening for a rowdy, decadent medieval banquet with dancing and live music.

Having nothing to do with champagne and citrus, and everything to do with the flagrant beauty of native mimosa flowers, Herceg Novi flaunts its floral pedigree with festivals, foodie events, carnivals and entire weeks centered on these colorful blossoms. Get decked out in February and March for a Mardi-Gras style mimosa carnival with street dances and masquerade balls, culminating in the crowning of a mimosa king and queen. While in town, visit the wild and wonderful Luštica Peninsula, and explore the Bay of Kotor. Rent a kayak and paddle over the quaint fishing village of Rose with its white-stone cottages, magenta bougainvillea and trailing grape vines.

When the words “celebrate” and “New Orleans” appear in the same phrase, it’s a good bet that visions of raucous-Bacchus Mardi Gras carnivals pop into your brain. But resist the urge to pigeonhole NOLA, especially when it comes to their 300-year birthday celebrations in 2018. As one of the world’s most diverse communities, New Orleans was a city even before America was a country and you can bet there will be no stone unturned in recognizing the intricate multicultural influences. The New Orleans Tricentennial celebration continues through most of 2018 with events ranging from authentic NOLA jazz to Argentine tango, Chinese opera and a “Portraits of Influence” exhibition by José Salazar, Louisiana’s earliest known artist. Look for everything from antique “tall ships” to U.S. Navy ships, a Burlesque Opera by the makers of Tabasco, and dozens of events recognizing women’s contributions to New Orleans jazz, Cajun cuisine, the Louisiana National Guard. A high-tech Luna Fête light festival highlights New Orleans architecture and iconic landmarks. A stay in the iconic Hotel Monteleone will place you in the center of all the festivities and bring this celebration full circle.

Find Your Soul in the Matrimandir Outside Pondicherry, India

Silence is deafening inside the white-marble, gold-domed Matrimandir, sprawling across the countryside near Pondicherry, a French-colonial village on the Bay of Bengal. Although India is one of the noisiest places on earth, it harbors a pocket of absolute silence. After relinquishing your worldly goods (yes, all of them, including your cell phone, wallet and shoes), you are granted entrance to the other-worldly Matrimandir, a semi-ashram/temple that followers call a place of “individual silent concentration.” They actually mean that, as not one sound is uttered while curving quietly along solid-white marble stairs into a solid-white marble inner chamber crowned with a genuine gold-disc dome. An optically perfect glass globe allows a single shaft of sunlight through a heliostat mounted on the roof. This focal point aids concentration as you sit cross-legged in a circle inside the dome, experiencing the eerie “sound of silence,” perhaps for the first time in your life.