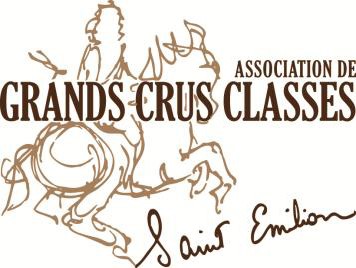 Welcome to the 2016 Grands Crus Classes of Saint-Emilion

Saint Emilion Grand Crus wines were not included in the original 1855 Bordeaux classification so The Association de Grands Crus Classes de Saint Emilion was formed in 1982 to promote the quality and excellence of the wines in this region. Currently there are 49 Chateaux in the group representing a total production area of approximately 800 ha and 85 percent of the Grands Crus Classes vineyards.

These vineyards represent the finest expression of Merlot dominant wines grown on rich, diverse soils located along a limestone plateau and down rolling hills surrounding the medieval town of Saint Emilion, a UNESCO World Heritage site.

The Syndicat Viticole planning for the classification of Saint Emilion started in 1930; however, it was not until October 1954 that the standards forming the foundation of the classification were official and the French National Institute of Appellations (INAO) agreed to take on the responsibility for handling the classification. The original list included 12 Premier Grands crus and 63 Grand crus.

The Saint Emilion list is updated every 10 years, unlike the Bordeaux Wine Official Classification of 1855 covering the wines from the Medoc and Graves regions. The most recent update for Saint Emilion was 2006 – but it was declared invalid and the 1996 version of the classification was reinstated for the vintages of 2006 to 2009.

The 2006 classification of Saint Emilion wine was rejected because 15 Premiers Grands crus and 46 Grands crus were challenged by 4 dissatisfied producers – they had been demoted; the result – the 2006 was declassified and the 1996 classification was reinstated. The foundation for the dispute was based on the fact that several members of the panel involved in assessing the wines had vested interests (i.e., négociants had business dealings with a few of the chateaux), and were suspected of not being impartial.

The 2012 classification was conducted differently than previous efforts. The tastings and inspections were outsourced by INAO to independent groups with no connection to the Saint Emilion Wine Syndicate and Bordeaux wine trade but rather were wine professionals from Burgundy, The Rhone Valley, Champagne, the Loire Valley and Provence. A fixed number of chateaux that would be classified was eliminated, new rankings elevated Chateau Pavie and Chateau Agenlus to Premier Casses.

To be a Saint Emilion Grand Cru winery a property must abide by the rules and regulations of the appellation and be located within the borders of the land classified as being of Grand Cru quality.

To be considered for Grand Crus status, the candidate must submit:

The name, Clos des Jacobins, is derived from the Benedictine monks (Jacobins) who worked the vineyard outside the city of Saint Emilion. The monks offered assistance to the pilgrims on the road of St. Jacques de Compostel by offering wine and shelter on their farm.

The winery was started at the beginning of the 18th century. The vineyards were purchased in 1964 by Jean Georges Cordier, a member of the négociant family noted for owning Chateau Gruadu Larose and Chateau Talbot in St. Julien. The Decoster family purchased the St. Emilion vineyards of Clos des Jacobins in 2004 from Gerald Frydman.

The right bank estate of Clos de Jacobins includes 8.5 ha vineyard with vines aged 30 years (on average). The soil is composed of limestone, clay and calcareous scree and planted with: Merlot (80 percent) Cabernet Franc (18 percent) and Cabernet Sauvignon (2 percent) that is aged for 18 months in 75% new French oak barrels.

The vineyard is managed by Thibaut Decoster and Magali Decoster, who also own and manage other Bordeaux vineyards in Saint Emilion, La Commanderie and Chateau de Candale.

The eye takes note of purple highlights in the glass while the nose finds damson plums, cassis and blackberries running alongside vanilla, spices and a suggestion of graphite minerality. The palate is rewarded with bold density delivered by velvet tannins and balanced acidity. Pair with veal, pork, beef, lamb, duck, roast chicken as well as Asian cuisine and tuna, mushrooms and pasta.

Chateau Faurie de Souchard started in 1851 and was originally part of a larger estate. This right bank property is named after a former owner, De Souchard family. The first part of the name is inspried by the battle of Faurie that occurred during the 100 year war. The Dassault family purchased the Chateau from the Sciard family..

This 12 ha vineyard has vines planted on clay slopes at the foot of the slopes with a mix of sand and clay. The wine spends 14-16 months in barrels, depending on the plots, with a proportion of 75 percent in new barrels and 25 percent in old barrels.

Located near the Pomerol border, in 1917 the Chateau was acquired by the Loubat family who also own Chateau Petrus. In 2014, the family sold the estate to the Gregoire family, previous owners of Chateau La Riviere in Fronsac.

In 1868 the estate was noted in “Bordeaux et ses vins” by Edouard Feret. It was the property of Victorin Pailhas, a merchant banker and counselor of Lobourne. In 1874, his heirs sold the vineyards to Denis and Eugene Buhler, landscape architects who designed hundreds of public and private gardens and Parks in France.

In 1908 the chateau was owned Raoul Gunsbourg, a director of the Monaco Opera, who sold it in 1917 to the de Wilde family. Marcel Loubat, Edmond’s brother, the owner of Petrus, and the great grandfather of Francoise de Wilde, who acquired the chateau and developed it into an important enterprise.

In January, 2015, the domain became the property of the Gregoire family who were originally from the Charentes wine growing community. Cyrille and Nicolas, the present owners, inherited their passion for vines from their grandfather, Edmond, who was a blacksmith and farrier, and later became a maker of small vineyard equipment, as well as their father James, who built grape harvesters.

The vineyard consists of one 16 ha block planted to 65 percent Merlot and 35 percent Cabernet Franc with an average vine age of almost 35 years. The soil consists of sand, gravel, limestone and clay with iron. The wine is fermented in stainless steel tanks and aged in 100 percent new French Oak for 12-16 months.

No herbicides or insecticides, or fungicides are used. An environment management system (EMS) of the Conseil Interprofessional du Vin Bordeaux is used in order to obtain the ISO 14001 certification.

Deep garnet trends to purple hue presenting a beautiful experience to the eye. The nose finds lots of berries and cherries plus florals (think iris and violet) with suggestions of spice and an undertone of minerality. The palate is rewarded with fruit and soft tannins that create a velvet texture on the tongue.