What animal caused havoc in a wine shop?

Can you guess what animal destroyed $500 worth of wine and Champagne…? 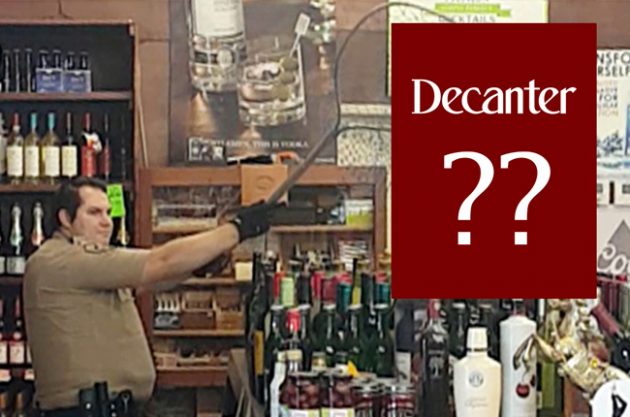 What animal caused havoc in a wine shop?

Royal Oaks Liquor Store lost $500 worth of wine and Champagne when a rogue animal came in and caused destruction.

Store manager, Rani Ghanem, whose family owns the shop, didn’t realise it had come in until a customer mentioned it.

He informed Animal Control, who tried to catch the creature.

‘He was trying to get it with the fishing net, and it jumped on the first wine bottle. When that happened, I was like, “Aw, this is about to be a big mess,”‘ Ghanem said, according to US News.

‘He tried to get it again with the net … It just went straight diving into all the bottles.’

Ghanem assesses the damage at around $500, including some of the shop’s best bottles – but has seen the amusing side to the story.

As growing numbers of wineries around the world consider the merits of organic and biodynamic principles, many are deploying vineyard…

A one-thousand-tonne boulder that tore through a vineyard in northern Italy has caused hundreds of thousands of euros-worth of damage,…

NEWER POSTTop 10 Father’s Day wines: Which wine persona does your dad have?
OLDER POSTYoung Britons don’t know what a sommelier is – survey