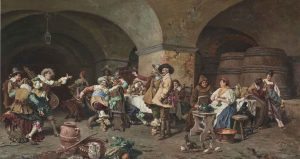 Annually, Gambero Rosso, an Italy-based organization, reviews and selects what they determine are the best recently-released Italian wines. The guidebook, first published in 1987 by Gambero Rosso (food and wine publisher), has become the most influential guide to Italian wines as it rates the wines for each producer per region.

The Tre Bicchieri (Three Glasses) award for 2017 was presented to 428 wines (less than 2 percent of the total wines evaluated by the tasting panels). Twenty-one of Italy’s wine regions are considered and require the tasting of over 25,000 wines from 2400 wineries. The review and rating process starts in the early summer with regional wine tasting panels and ends with the release of the 2017 Tre Bicchieri awards in stages, by region, from late-September through mid-October.

For 2017 the regions of Piedmont, Tuscany, Veneto and Alto Adige received 219 awards, more than 50 percent of the total. Wines from Tuscany received the largest number of awards, (80 or 18.7 percent of the total number), with the largest number going to Brunello di Montalcino and Chianti Classico wines. Brunello wines received 13 awards with a focus on the wines from 2011, which, while a great year, was not as terrific as the 2010.

This rating system, as with all others, is based on subjective considerations; however, it is believed that the organization does try to be objective as wines are evaluated via blind tastings and hundreds of different tasters are involved in the evaluation process. Each year the panels manage to work their way through thousands of wines that might otherwise escape attention.

Of Value to Whom

The Tre Bicchieri award is important to a winery as it signals that it is one of Italy’s best and provides validation of the winemaker’s craftsmanship and puts a spotlight on the organization, enhancing its position in the marketplace. Though not easily searched and difficult to read, the book does present a plethora of information to the consumer and the wine buyer searching for information on Italian wines. 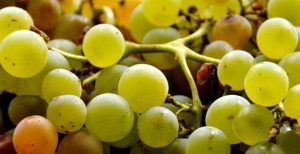 And the Winners Are (Curated Tastings) 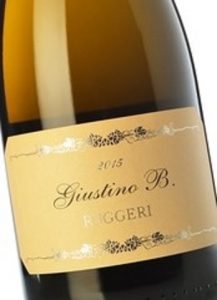 • Sparkler of the Year

The vineyards are located on the Dolomite hills, in the north of the province of Treviso. The wine is dedicated to Giustino Bisol who started the winery in 1950. This sparkling wine is the result of extensive trials with special selections that started in the vineyard and continued through bottle aging. After fermentation, the wine rests at a low temperature until spring when it enters autoclave for a second fermentation.

• Straw yellow to the eye with a nuance of green apples, minerality and soil with an underlying sweetness from fresh baked bread to the nose. On the palate, there is vibrant acidity and a bit of sourness, amid light bubbles. Look for a clean, balanced, and crisp finish. Drink as an aperitif or pair with sweet/sour fish, or Thai shrimp salad with Asian greens and pesto dressing. 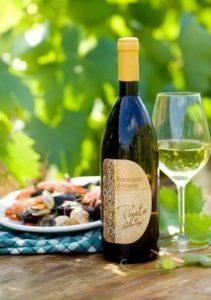 • Grower of the Year

Pigato “In Da Bon” (Very Good) Bio Vio cellar is an organic white wine developed by Giobatta Vio. Wine is produced in Marixe – part of the DOC Riverier Ligure di Ponente. The vineyards are in Bastia Albenga, 100 meters above sea level giving the grapes a night-time hike in heat that enhances the wine. After a maturity of six months, the wine is aged in bottles for two months, resulting in a beautiful structure with fruity notes and a soft gentle hint of the ocean. Cold maceration for 24 hours is followed by a soft pressing and temperature controlled fermentation in stainless steel tanks. Aged 3 months in the bottle.

• To the eye, goldenrod and deep straw. The nose detects aromatic citrus and golden apples, cedar notes and an overlay of almonds. The palate is delighted with dry, intense honey and hints of aromatic herbs (fresh basil, thyme, rosemary). Pair with pasta with seafood, anchovies, salted fish, fish or vegetable soup. 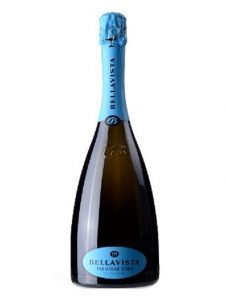 • Winery of the Year

Franciacorta is a small wine-producing area in Lombardy, northern Italy. It is famous for its high quality sparkling wine, made in the Champagne method. The wine region is located in the Brescia province, in the hills immediately southeast of the foot of Lake Iseo. Franciacorta is regarded as Italy’s finest sparkling wine.

The Chardonnay and Pinot Noir grapes come from 20+ year old vines, grown high in the hills of Franciacorta. Vittorio Moretti started Bellavista in 1977 with the idea of creating a unique winery in order to “get away from the routine.” The wine maker is director Mattia Vezzola.

• To the eye, bright straw yellow to gold with fine, dense perlage. To the nose, yellow ripe fruit, citrus jam and verbena, with hints of bread crust and slight minerality. To the palate very light bubbles with a slight sour (but delightful) nuance along with hints of spice and pepper, vanilla and fruit. The finish is soft and enveloping with distinctive silkiness. Pair with Japanese food or rich hard and long-aged cheese (i.e., Castelmagno, Parmigiano Reggiano and Bagoss). 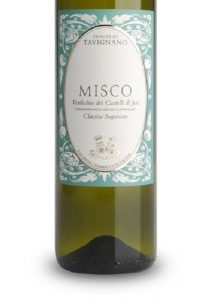 • White of the Year

The terroir produces minerality in the dry white wines that is attributed to the mostly calcareous, clay and limestone soils and a dry maritime climate. Jesi experiences temperate climate due to the proximity to the Adriatic and local rivers (Cesano and Esino). The rivers also bring persistent gentle winds onshore during the morning and offshore in the late afternoon. The ventilation helps to prevent fungal diseases such as grey rot and mildew.

Legend suggests that when the troops of the king of the Visigoths, Alarich (370-410), marched on Rome, they were provided with barrels of Verdicchio to maintain their strength.

• Straw color to the eye, with hints of green. The nose delights in a sense of “green” with herbaceous notes and fresh apples. On the palate, a lot of juice tempered by spice and crisp acidity. Pair with Brodetto di Pesce (bouillabaisse-like seafood stew) or pecorino.