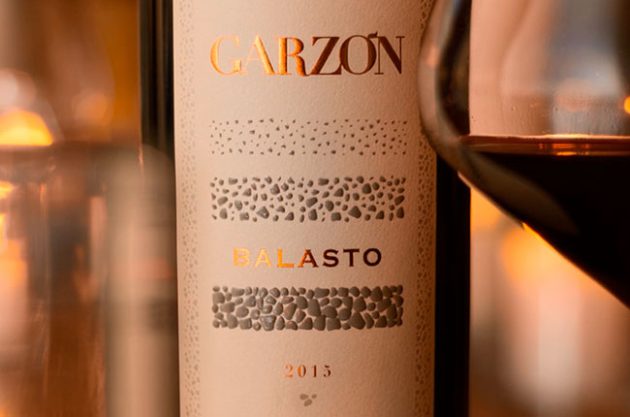 The latest name on the Place de Bordeaux

2017 is almost certainly the year that Punte del Este – and more particularly the rather sleepy but gourmet village of Garzon, just a little further inland, has come to the attention of the Bordeaux elite.

This is a place where Charlotte Gainsbourg and Naomi Campbell are regular visitors, where Martin Amis has a house just up the coast and ‘fire pit king’ chef Francis Mallmann has a celebrated restaurant and hotel. To date around 75% of the guests who arrive in this corner of Uruguay are Argentinian, but the locals just might find that they have a few more Bordeaux châteaux owners turning up over the next few years.

To be honest, the Bordelais might not be entirely thrilled about why it has suddenly arrived on their radar – a wine from Garzon has provided the latest international name to muscle its way on to the Place de Bordeaux – but they will no doubt be eyeing up the beaches and chic resort hotels of Punte del Este as an alternative to Cap Ferret next year.

The news was announced via a low key, convivial evening in Bordeaux during Vinexpo, at a party thrown by Bodega Garzon owner Alejandro Bulgheroni (or Don Alejandro as he seems to be known to all). He was joined by Mallmann and Iong-term Italian consultant Alberto Antonini; the man who first confirmed to Bulgheroni that vines could be planted in Garzon, and who worked on the flaship Balasto wine for five years before the launch of its 2015 vintage at the Vinexpo dinner. It is this wine that is to join the small circle of non-Bordeaux names distributed by négociants through the Place de Bordeaux.

Measuring its success over the next few years, I can promise you, is going to be interesting. The non-Bordeaux wines currently sold through the Place include Opus One, Almaviva, Seña, Masseto and Château de Beaucastel Hommage à Jacques Perrin.

‘What happens now is going to be a fascinating indication of how far the négociant system can evolve.’

All were either linked to Bordeaux estates, or were established brands when they began distributing a limited amount of their production through Bordeaux merchants. All are ‘investment-grade’ wines, and have strong critical recognition. Balasto is a new launch, as yet untested by critics, from a region that is barely on the quality winemaking register. What happens now is going to be a fascinating indication of how far the négociant system can evolve. We all know that Bordeaux merchants need to look beyond en primeur to survive – will this provide a test case?

‘We see being a newcomer from South America as an advantage,’ strategist Andres Ballesteros told me this week.

‘Our biggest challenge right now is that we don’t have older vintages to show how the wine evolves, not where the wine comes from. The reality is that when négociants first began distributing Seña and Almaviva, for example, they had to contend with the fact that these are premium wines from Chile – a country that has taken a long time to be associated with truly high-end wines. Uruguay is an entirely new proposition, and doesn’t come with any preconceived ideas, which gives us a certain amount of freedom to establish the Balasto brand’.

An optimistic view perhaps, but there are other ways that the wine is avoiding South American ‘icon wine’ stereotypes. Named after the ‘ballast’ granite soils of Garzon, Balasto is a blend of Tannat, Cabernet Franc, Petit Verdot and Marselan, vinified in cement vats and aged in neutral French oak barrels, with the intention to keep the focus on the ‘energy and aromatics’ of the wine, in the words of Antonini, and not on new oak flavours. The result is a wine that they hope will surprise many in its elegance and ageability.

Ballesteros is in a good position to judge, having spent the last ten years getting to grips with the often bizarre workings of the Bordeaux négociant system. He was part of the Almaviva team from 2013 to 2016 – whose sells almost 90% of their production through the Place – and before that spent eight years establishing Concha Y Toro (half of the Almaviva ownership, alongside Baron Philippe de Rothschild SA) across Asia, living in Malaysia, China, Singapore and Bangkok.

‘The key thing for any brand owner to bear in mind is that there are rules when dealing with the Place de Bordeaux, and you need to understand the business model before engaging’.

Those rules, he contends, surround the inflexibility and effectiveness of a system that has channels into the most exclusive distribution outlets in the world through being, in effect, a high-end brokerage system.

‘The Bordeaux négociants have all the right contacts, and open all the right doors,’ he says, ‘but you have to play by their rules.’

‘You can’t step on their shoes by going direct to their customers to arrange tastings and events, you can’t give exclusivities to anyone in the markets you are working on with them. And most importantly, you have to realise that they are not brand builders. But they are the best at accompanying you as you build your own brand, and the system is extremely powerful when it works’.

There are reasons to believe that Balasto can make a success of this. Bulgheroni, for a start, is worth an estimated US$3.6 billion, which gives plenty of budget for brand building. He inherited Argentine energy firm Bridas Corps from his father in 1985 and in 2011, together with his late brother Carlos, sold a 50% stake to China’s state overseas oil company CNOOC, although he remains as president and chairman. He bought land around the coastal Uruguayan village of Garzon in 1999, planting vines in 2006 with the help of Antonini and today owns organic and biodynamic wineries in Uruguay, Argentina, Patagonia, Australia, California, Tuscany and Bordeaux. He will become the largest vineyard owner in Tuscany within the next few years, according to Garzon’s managing director Christian Wylie.

Balasto has so far been placed with two ‘top ten’ négociants, Garzon’s managing director Christian Wylie confirmed, including LDVins that focuses mainly on the Asian market. The aim, so I was told by Ballesteros, is to keep the numbers at a maximum of five ‘until we have built some momentum’. The wine will go out, as with the other international wines, in September each year when bottled, rather than as an en primeur.

It’s easy to question whether the Place de Bordeaux is the best way to launch an entirely new wine, and whether the Bordelais will be able to capitalise on the potential of what they are selling.

It might help if they know that there is another, more roundabout, link between Don Alejandro and Bordeaux. Alberto Antonini is consultant for almost all of his estates, including Garzon, except for those based in Napa and Bordeaux.

For these, Bulgheroni has called on another consultant, a little better known around these parts, and who might be able to a good word in for it with his négociant friends: Michel Rolland.

How the wine trade is shaping up for Brexit…

Which vintage comes out better than the fabled 1982?…

Where would you buy if money was no issue?…

Jane Anson on who would be good company…