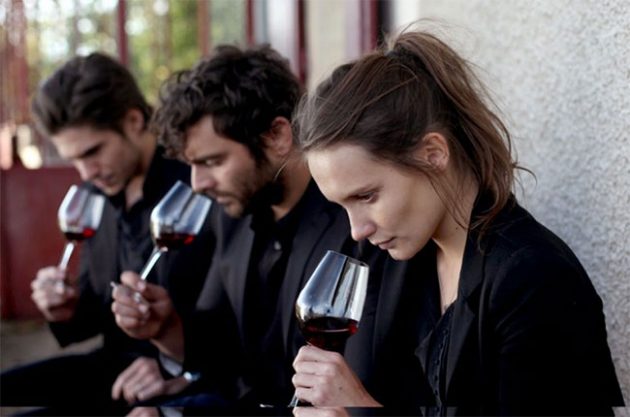 Back to Burgundy – Film review

A newly released film in the UK throws the spotlight on family politics and ever-rising land prices in the world of Burgundy wine, wrapped in well-shot scenes of the highs and lows of winemaking, writes Rosi Hanson.

French film director Cedric Klapisch fell in love with Burgundy. Back to Burgundy (113 mins, certificate 15) – originally titled Ce Qui Nous Lie in French – is the result. It’s showing at the Ciné Lumière in London, among a handful of other venues.

Read the review below the trailer

What is the film about?

Three siblings are thrown into turmoil when their father dies; the value of the wine estate they inherit is now astronomical.

Inheritance tax must be paid, and they cannot possibly afford it.  The film explores the painful family dynamic and how the problem is finally resolved, somewhat improbably without selling out.

Against a scenic backdrop of Burgundian villages and vineyards, the seasons pass, beautifully shot, and we see the work in the vines, vat-house and cellar.  There is a great Paulee (end-of-harvest party) scene.

What was the inspiration?

In 2010 Klapisch discovered that the Jean-Marc Roulot he knew as an actor was also a Meursault grower and star wine-maker.

He started visiting him, camera in hand. Over several years, he hung out with Roulot and his friends. The idea for a film was born. When it came to shooting it, Alix and Etienne de Montille, Nicholas Potel, Lorraine Senard and others were happy to cooperate.

He cast Roulot as Marcel, the family’s manager. More importantly, he signed him up as technical consultant. The three principal actors Pio Marmai, Ana Giradot and Francis Civil, look at home.

When they walk through the vines tasting grapes to decide when to harvest, when the vines are pruned, when they have a technical discussion during a cellar tasting, it’s authentic.

This aspect got the approval of local audiences, at early showings for the many extras and their families. Michel Lafarge, wine-maker and at one time the long serving mayor of Volnay, felt Klapisch had really understood the situation which currently affects many families in the Cote d’Or.

The inheritance problem causes anguish and has resulted, as we have seen recently, in the sale of several famous old estates.

I loved this film, but then I love Burgundy.  If you do, too, you will forgive the slightly clunky plot and some sentimentality. It’s very French in style, and it gets under the skin of Burgundy.

William Kelley catches up with director Jason Wise, who’s Somm: Into the Bottle film about the history of wine and…

The original Somm film, which also premiered at the Napa Valley Film Festival in 2012, told the story of four…

Making a compelling documentary on wine is not the easiest of tasks. In 2005 we had Mondovino, which grossed just…

Sideways is about wine and the love of wine – and before your eyelids gently close, it’s a very funny…