Spanish ‘blue wine’ is set to hit US shores, according to its creators. 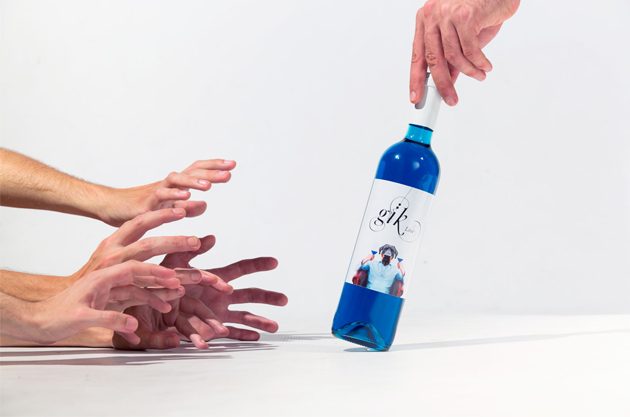 ‘Blue wine’ is coming to the US, according to its Spanish producer.
Credit: gik.blue

If you thought green wine was adventurous, there’s a whole new category in play.

It won’t appeal to traditionalists and it’s unlikely to ever be classed as fine wine, but the Spanish ‘blue wine’, which launched in Europe in 2015, has initially been earmarked for launch in Florida, Massachusetts and Texas, according to Aritz López, co-founder of its creator, Gïk.

López does not yet have specific retailers signed up. He said that he was actively talking to operators and that 30,000 bottles have been pre-ordered online by consumers.

EU and Spanish wine officials banned Gïk from using the word ‘wine’ on labels and the company was fined 3,000 euros, because no blue wine category existed in European Union legislation.

It remains to be seen whether the firm will face a similar issue in the US, although its homepage carries the strapline ‘blue not wine’.

The 11.5-percent alcohol wine, made from organically grown grapes, can be found in 25 countries, including Japan, South Korea and most of the European Union, according to Gïk.

It claimed to source grapes from various Spanish regions, including Rioja and Navarra, and has added a touch of residual sugar.

López said that the colour comes from two organic pigments: one that comes from anthocyanins and another from a plant called indigotine.

A launch party is planned for September in Miami. The marketing team also has plans to target the Northern and Southern part of the United State’s East Coast, along with the West Coast markets of California and Washington, according to the firm.

The producers of Gïk, a bright ‘blue wine‘, describe themselves as ‘revolutionising the world of wine with a blasphemous drink’.…

A website selling gummy bear sweets infused with rosé wine had such high demand, they sold out within two hours.

A blend of Prosecco and Pinot Grigio…