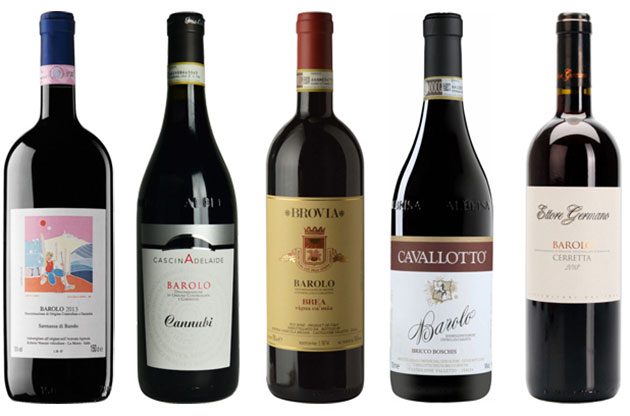 Stephen Brook gives his view of the Barolo 2013 vintage and recommends his top wines.

Scroll down to read about the growing season and communes

Click on the wine to see the full stockist details for US and UK, where available, as well as the whole tasting note.

From one of Barolo’s hottest sites, this is released in magnums only. The nose is beguiling and poised with pure, intense raspberry aromas…

The nose is sweet and slightly confected, with vanilla tones, but the palate is very concentrated, full-bodied and zesty. It’s a wine with…

Very elegant, lifted cherry and raspberry nose. The attack is fresh and limpid yet concentrated, with admirable freshness and zest as well as…

Some savoury tones on the raspberry-scented nose. The wine is made traditionally in large casks. Fresh attack, lively and concentrated…

Robust cherry nose. Juicy and packed with fruit, this is broad, succulent and concentrated with a supple tannic backbone. It shows…

Why vintage character is rarely uniform in Barolo country

While the topography of vineyards in Burgundy or Bordeaux tends to be uniform, in Piedmont diversity is the rule not the exception.

Vineyards face in all directions, depending on the exposition of the slopes on which they are planted. The best sites were invariably reserved for Nebbiolo, which is the latest-ripening of the Piedmontese varieties.

But global warming is prompting many growers to question that conventional wisdom – with torrid heat spikes now commonplace in many vintages, direct exposure to scorching sunlight may no longer be so desirable.

Moreover, weather trends here tend to be localised. Rainfall is often scattered, drenching one vineyard while leaving another, 3km away, untouched. This means that statements about vintage character and quality usually need to be qualified.

Nonetheless it is fair to state that 2013 is a very good vintage in Barolo.

The 2013 growing season in Piedmont

The early spring was cool and it rained copiously in May, with more wet days than dry ones. However, the downpours were welcome as they provided reserves of water for the hot summer months.

Disease, especially downy mildew, threatened the vines, so it was essential to intervene to deter its outbreak or spread. But this is something that Barolo growers know how to do, although some vineyards were simply too wet to allow tractors to spray the rows, so treatments had to be done by hand.

The weather improved in June, with good flowering conditions mid-month, and July was fine, too. August was hot, but not excessively so. The spring rains encouraged the formation of large clusters, but they tended to be compact.

There were few summer days with very high temperatures, and mildew and downy mildew continued to strike in the vineyards. Timely leaf removal and green harvesting were essential to keep disease at bay.

Most of September and early October saw a stretch of sunny days and cool nights. That meant there was no rush to pick, and most growers picked relatively late, until temperatures dropped in mid-October, bringing the harvest to an end.

The upshot of the growing season was that the wines, while structured, are marked more by perfume and finesse than power. The tannins, undoubtedly present, are nonetheless delicate and fine-grained. The producers are enthusiastic, and with good reason.

Although weather conditions were fairly uniform across the region, variations from village to village were discernible, though in some cases the characteristics of a wine may be due as much to the skill (or lack of it) of the producers as to local microclimates.

Barolo from La Morra was varied in style, with some obtrusive oak, and some wines were rather hard and possibly less than optimally ripe. All the wines displayed youthful tannins and some grip, but some are harder and more extracted than others.

Wines from Novello were a mixed bag, but Verduno produced some excellent bottles.

The village of Barolo also showed well, though there were a few slack and overripe wines.

Monforte was slightly disappointing, with some weak and simple wines, as well as more structured ones – but one expects a good deal from Monforte.

Castiglione Falletto was more consistent, with some lovely wines.

Serralunga produced some of the best bottles, with a welcome freshness and absence of over-extraction.

Barolo 2013 is not an easy vintage to compare with predecessors. There seems slightly less grip than in the magnificent 2010s, more freshness and zest than the fleshier 2011s, more structure and complexity than the 2012s.

Some wines seem quite forward, but I suspect many of them, including some that may seem a tad disappointing now, will blossom after a few more years in bottle.

This article originally appeared in the September 2017 issue of Decanter magazine.

Fruity, versatile and they won’t break the bank…

No region in Italy quite compares to Piedmont’s combination of fine wines, gastronomy and beautiful countryside, lying at the foot…