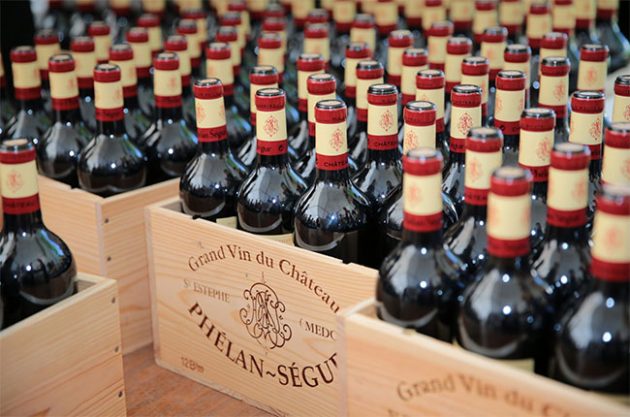 Phélan Ségur in Bordeaux’s St-Estèphe appellation has been sold by the Gardinier family to a Belgian investor for an undisclosed fee.

The sale of St-Estèphe’s Phelan Segur has been confirmed this morning (05 September), with the 70-hectare property passing from the hands of brothers Thierry, Laurent and Stéphane Gardinier to Philippe Van de Vyvere, Belgian owner of Sea-Invest shipping company.

Thierry Gardinier confirmed to Decanter.com that the handover is planned for the beginning of 2018, and that director Véronique Dausse will remain in place alongside the entire team.

Speculation about a deal had been growing in Bordeaux and it follows a string of acquisitions in the region so far this year.

Phélan Ségur is one of the most highly regarded châteaux in St-Estèphe in the north of Médoc.

‘We have decided to devote the bulk of our future investments to the fine-food trades and high end hotel business,’ the Gardinier brothers said in a press release.

‘Wine is one of our great passions and is still central to our business, so we will be keeping in close contact with our winegrowing friends.’

Phelan Ségur is named after an Irish courtier, Bernard Phélan, who moved to Bordeaux in the 18th century. Is second wine, Franck Phélan, is named after his son.

It has been owned by the Gardinier family since Xavier Gardinier bought the property in 1984. He died in July 2013.

The Gardinier et Fils group owns Hotel des Crayères in Champagne and the Taillevent hotel group in Paris and London, 500ha of orange farms in Florida and the Comptoir de Caviar.

‘My intention is for Phélan Ségur remains one of the great wines of the St-Estèphe AOC,’ said Van de Vyvere.

A rush of deals on Bordeaux’s Right Bank…

Cos d’Estournel MD to move to Right Bank…

If you want to make it in French high society…