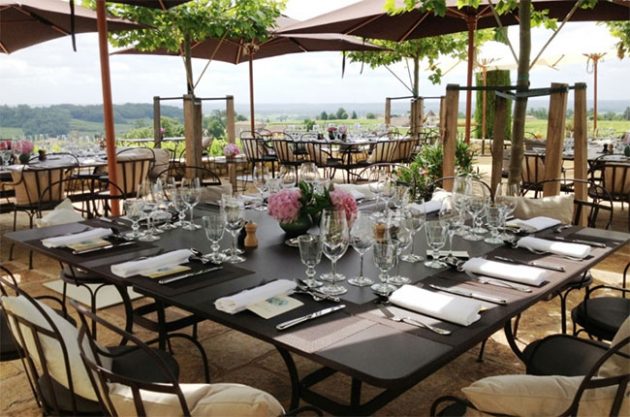 Scor has become the latest French insurance group to own a high-profile Bordeaux winery after news broke that it had bought Château Troplong Mondot, the St-Emilion Premier Grand Cru Classé B estate, from the Valette-Pariente family.

A fee was not disclosed but it would likely have been at the higher end of the St-Emilion value scale.

French land agency ‘Safer’ said last year that St-Emilion vineyard prices ranged from 200,000 euros per hectare up to 2.5 million euros per hectare, depending on the site. Demand was outstripping supply, according to property consultancy Vineyard Intelligence.

Xavier Pariente said that he would remain in charge at Troplong Mondot for the next three months, when Scor will appoint a new CEO.

Troplong Mondot has 33 hectares of vines, with 90% planted to Merlot, 8% to Cabernet Sauvignon and 2% to Cabernet Franc.

Separately, the Moueix family, headed by Christian Moueix and owner of some great domaines such as Trotanoy, Lagrange La Fleur-Pétrus and Latour à Pomerol, is set to add two new properties to its portfolio.

‘The acquisition is in progress, we are waiting for the legal processes to be completed,’ Christian Moueix told Decanter.com.

With only 2.3 hectares, Clos La Madeleine is closest to Bélair-Monange and Château Ausone on the limestone plateau of St-Emilion and planted with 76% Merlot and 24% Cabernet Franc.

It was previously owned by more than 80 investors managed by Société Générale, a French bank and investment company.

‘The terroirs are very diverse and very different to Bélair-Monange,’ he said.

As with all wines from the Moueix family, the wines will be distributed by Etablissements JP Moueix.

More deals in the wine world so far this year:

Part of a larger acquisition trend in US wine…