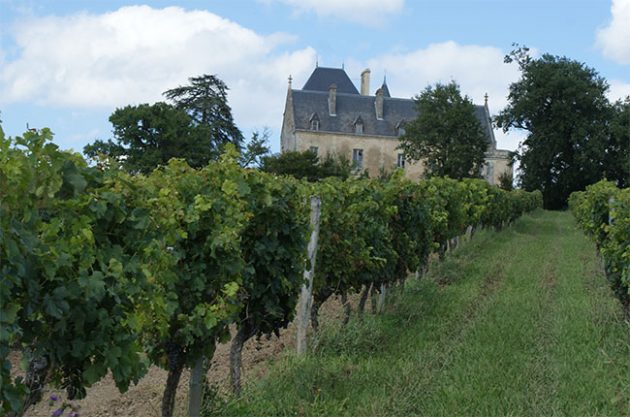 A Hong Kong-based tourism company and owner of members-only clubs in China has bought Château Fauchey in Bordeaux’s Cadillac region.

A Hong Kong-based investor has become the new owner of an organic wine château in Bordeaux, according to Christie’s-owned real estate agent Maxwell Baynes.

A fee was not disclosed.

Profitsun is set to use wines from the château for its private clubs in Beijing, Shenzhen and Hong Kong, said the group’s chairman Mr Xu.

The new purchase is more evidence of Chinese investor interest in the so-called lesser appellations of Bordeaux, with wine supply a key motive.

Recent data from French land agency Safer estimated that Côtes de Bordeaux vineyards could cost up to 30,000 euros per hectare for the best parcels, with an average price of 15,000 euros.

The previous owners, Mr and Mrs Emmanuelli, acquired the property in 2010. The couple immediately converted the vineyards to organic farming.

‘After spending the last seven years of my life on this property, it is particularly gratifying to see someone interested in organic farming and the architecture of this exceptional castle, as well as the continuation of the project on wine tourism,’ said Mrs. Emmanuelli.

Fauchey was until recently available for B&B bookings, but Booking.com listed the venue as temporarily unavailable on Monday 24 July.

Currently 80% of the château’s plantings are Merlot, with the rest being Cabernet Sauvignon. It produces both red and rosé wines, with the red wine being aged 18 month in oak before bottling.

Profitsun Holdings has appointed a new president, Hugo (Hong) TIAN, to manage the property, and assist the group’s business in France.

Editing by Chris Mercer. Sylvia Wu is editor of DecanterChina.com.

Chinese investors have hit the phones, says one agent…