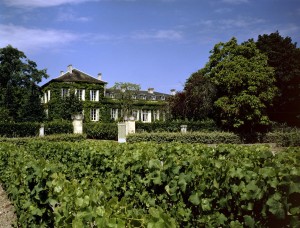 Jane Anson reports for Premium members on a tasting of Château Talbot wines at the St-Julien estate.

Château Talbot, a St-Julien fourth growth, is one of the largest wine estates in Médoc, with 107 hectares under vine – putting it in a select ‘100 club’ of Bordeaux 1855 estates, which also include Lafite-Rothschild and Lascombes.

John Talbot, the man who gave his name to the château, was killed during the Battle of Castillon, the 15th century battle that returned Bordeaux to France after 300 years of English ownership that established the modern system of buying and selling Bordeaux wine and enriched many local châteaux.

He was also known as Connétable Talbot, which is now the name of the second wine of the estate.

Below, Premium members can view Jane Anson’s tasting notes and ratings for every Talbot vintage since 2000, following a vertical tasting at the Château.

Look out for a full profile of Talbot written by Yohan Castaing, coming soon in Decanter magazine’s Bordeaux Guide.

The post Château Talbot: Every vintage from 2000 to 2017 tasted appeared first on Decanter.