The managing director of Cos d’Estournel is to cross from Left Bank to Right Bank in Bordeaux to work with the new owner of Troplong Mondot in St-Emilion. 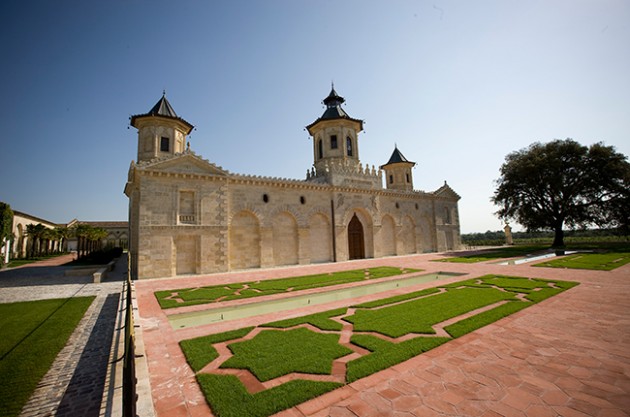 Château Cos d’Estournel in St-Estèphe.

Aymeric de Gironde, who replaced Jean-Guillaume Prats as Cos d’Estournel MD in February 2013, is leaving the property.

De Gironde confirmed to Decanter.com that he will be moving to St-Emilion’s Château Troplong Mondot by ‘mid-October at the latest’.

The news comes one month after French insurance group Scor announced that it had bought Château Troplong Mondot, a St-Emilion Premier Grand Cru Classé B estate, from the Valette-Pariente family for an undisclosed fee.

Local reports in Bordeaux have suggested that the property changed hands for a record sum for St-Emilion vineyards, and possibly up to five million euros per hectare. This could not be verified.

De Gironde previously worked as international commercial director of AXA Millésimes, as well as for LVMH with Hennessy and Krug.

Xavier Pariente, the out-going owner of Troplong Mondot, has said that he is staying on at the Château until the end of October.

Cos d’Estournel owner Michel Reybier said in a statement last night (28 August) that he would personally oversee the running of the St-Estèphe estate, alongside colleagues including technical director Dominique Arangoïts.

A rush of deals on Bordeaux’s Right Bank…

If you want to make it in French high society…