Italy faces ‘one of smallest wine harvests for 60 years’

Spring frost and an extreme heatwave nicknamed ‘Lucifer’ are set to leave the world’s two largest wine producing countries with their smallest harvest for decades, according to initial estimates. 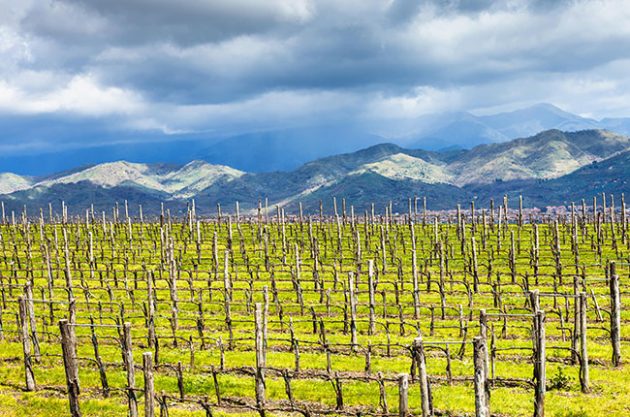 Italian wine body Assoenologi estimated that Italy would see one of its smallest wine harvests for 60 years in 2017, down by 25% on last year and coming in at 41.1 million hectolitres.

Its main rival at the top of the world wine production league, France, is facing its smallest wine harvest since 1945, according to France AgriMer, an agency that works with both the industry and government.

Devastating spring frosts, isolated hailstorms and a heatwave known as ‘Lucifer’ have combined to curtail the 2017 wine harvest size in several regions in those countries.

In Italy, Tuscany, Sicily, Puglia, Umbria and Abbruzzo have fared worse overall in terms of yields, down by at least 30% versus last year, with things looking slightly more optimistic in northern Italy.

Piedmont, Veneto, Friuli were collectively predicted to see a harvest 15% smaller than 2016, according to Assoenologi.

But, weather is not known for distributing its wrath evenly and a fuller picture will emerge in the next couple of months.

In France, Bordeaux’s Right Bank and parts of the Loire and Alsace were expected to be among the hardest hit in terms of yields.

There are specific concerns for small-scale producers, and especially those already reeling from losing grapes to frost and hail in 2016.

However, for those with enough fruit, the better weather during flowering in several areas and the long, warm summer across much of Europe mean that there is much more optimism around quality.

The Northern Rhône harvest was due to begin on 4 September, two weeks ahead of schedule. Early harvests can be beneficial, because it gives growers more time to play with.

Winemakers will be watching the skies over the next few weeks as they monitor the ripeness of their grapes.

Buy your favourite French wine while you can…

The year has kept winemakers on their toes…