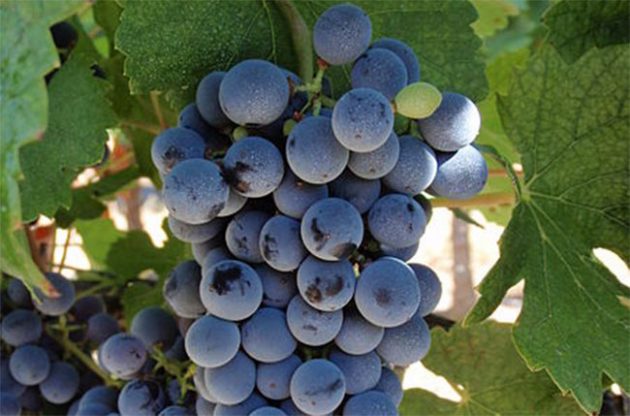 A red wine made from a French variety tipped as China’s potential ‘signature grape’ has won the highest award at the 2017 Decanter Asia Wine Awards, show results released today (20 September).

Only 15 Best in Show medals were awarded after more than 3,235 wines were initially blind-tasted by more than 50 experts at DAWA 2017 judging week, including Masters of Wine and Master Sommeliers.

The win is a coup for China’s emerging wineries and is one of the top awards won by Chinese red wines in Decanter competitions.

The winning Chinese Marselan wine by Grace Vineyard at DAWA 2017.

It also underlines why Marselan has been tipped as a possible signature grape for China, even though most of the country’s quality vineyards are still dominated by international varieties including Cabernet Sauvignon and Merlot.

Judy Chan, president of Grace Vineyard, which recently celebrated its 20th anniversary, told DecanterChina, ‘For years we have been looking for the most suitable variety in our vineyards. We’re thrilled to have won this award, because it not only rewarded our efforts, but also encouraged us to keep on working with these varieties.’

Tasya’s Reserve Marselan 2015 was available for 199 yuan at Tmall.com in mainland China, equivalent to around £22 or US$30 per bottle.

Judges described the 15% abv wine as ‘easy drinking’ but full bodied with ‘ripe black and blue fruits, clove and forest floor on the nose’.

Marselan is a crossing of Cabernet Sauvignon and Grenache, created in 1961 in France.

The variety was originally designed for Languedoc-Roussillon vineyards due to its resistance to heat and diseases, and was later planted in New World countries including Argentina and Brazil.

It has never found significant fame in France.

One of the DAWA vice-chairs, professor Li Demei, has previously highlighted the potential of Marselan in China.

All DAWA 2017 wines were tasted blind during a judging week in Hong Kong. Gold medal wines were then re-tasted to decide Platinum awards. Best in Show contenders were then tasted for a third time, with a unanimous decision by the DAWA chairs required for the result to stand.