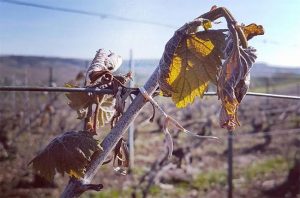 Extreme weather across many wine regions in 2017 may be more than a blip, according to fresh data from one of Europe’s leading science agencies that says wildfires, droughts and flooding are becoming more common globally due to man-made climate change.

Weather has become more volatile and more extreme in the past 36 years, said the European Academies’ Science Advisory Council (EASAC) in a recent report.

Flooding ‘events’ have quadrupled globally since 1980, while droughts, forest fires and extreme heatwaves have more than doubled in that time, said the council, which is made up of 27 national science academies in Europe, including the UK’s Royal Aacademy.

Its report, published in March 2018 and which profiles a continuing trend from a previous study published in 2013, adds to evidence that climate change is creating more volatile weather, as well as higher temperatures.

While the potential risks to life are clearly the most pressing concern, the EASAC report also has resonance in a wine world that endured a heady mix of extreme weather events in 2017.

As Decanter columnist Andrew Jefford put it recently, ‘2017 must be regarded as one of the most disaster-strewn years the wine world has endured since the onset of phylloxera.’

Jones, who is director at the Grace & Ken Evenstad Center for Wine Education at Linfield College in Oregon, added, ‘In the early 1990s when I started looking at climate change and wine it was clear that there were trends in temperatures, but also trends to more variability in temperatures as well (standard deviation increasing).

‘This meant that even though the climate was warming, it was becoming more variable. Or in other words, wider swings in cold extremes and heat extremes. This has been borne out over the years and I continue see it in other work I have done.’

‘This update is most timely since the European Commission is due to release its evaluation of its climate strategy this year.’