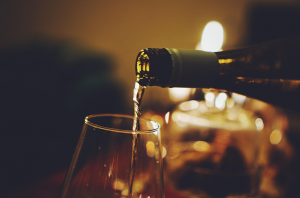 Future of wine may include drones and edible bottles, says merchant

Future wine lovers may be able to eat the bottles as well as drink the contents, after receiving their latest order via drone, suggests a report on the future of wine ordering and drinking, published by Armit Wines in collaboration with a food futurologist.

Armit said it was celebrating its 30th birthday by looking to the future, and the merchant commissioned food futurologist Dr Morgaine Gaye to look at how we might be enjoying wine in the next three decades.

Here are some of the things that Gaye predicted would either arrive, or become more commonplace.

‘Instant wine delivery via drones will eventually become the norm, with retailers capable of depositing products at specific, local drone sites for click and collect.’

Drones are already being put to use in the vineyards for monitoring purposes.

And Amazon has already started work on its ‘Prime Air’ project, which aims to create a drone service able to deliver certain goods weighing up to 2.26kg (five pounds) to customers within 30 minutes, depending on their location.

Amazon’s website says that it has Prime Air development centres in several countries, including the US and UK.

‘One day, seeing Prime Air vehicles will be as normal as seeing mail trucks on the road,’ the retailer says.

In a sense, it’s already started with the introduction of QR codes on labels and, more recently, augmented reality promo videos via apps.

‘Brands will produce label-less bottles that smartphones can scan to get detailed information on how, when and where it was made,’ according to the Armit report.

The report also predicted a variety of new shapes, sizes and colours of bottles on the shelf, moving away from the traditional styles.

Treasury Wine Estates recently launched ‘The Banished’ red wine under its ’19 Crimes’ brand aimed at men between 18 and 34 years old. This includes a mobile app that activates an augmented reality feature when the phone’s camera is pointed at the bottle.

See also: How Britain could be a major wine producer by 2020

The move to ‘drink less but better’ is likely to increase, according to Armit and Gaye.

‘Also, rather than drinking alone to unwind, cultural drinking habits will be dictated by a growing ‘sharing society’, one which puts more focus on collaborative cooking, food growing and communal dining.’

The report predicts that alcohol will be purchasable from vending machines, using iris recognition technology to verify that buyers are of legal age.

‘The machine will even record personal preferences, to make recommendations for potential future purchases.’

In a move towards more environmentally friendly options, new options of packaging will be explored.

Options include ‘compostable, non-plastic glasses made from corn starch’, said the report.

We might even see edible bottles, made from a sugar substitute, such as isomalt, according to the report. This could also include wine glasses.

Other trends also included a move to ‘English craft wine’ and an increase in fruit wines and unusual flavour profiles.

‘Future wine drinkers will be a much more educated consumer who want quality and unique points of difference in both product flavours and packaging,’ said Gaye.

‘They will be interested in transparent provenance and detail on its craftsmanship, trading up for unusual flavour profiles and considered, eco-friendly bottles, that are a talking point when sharing.’

The post Future of wine may include drones and edible bottles, says merchant appeared first on Decanter.