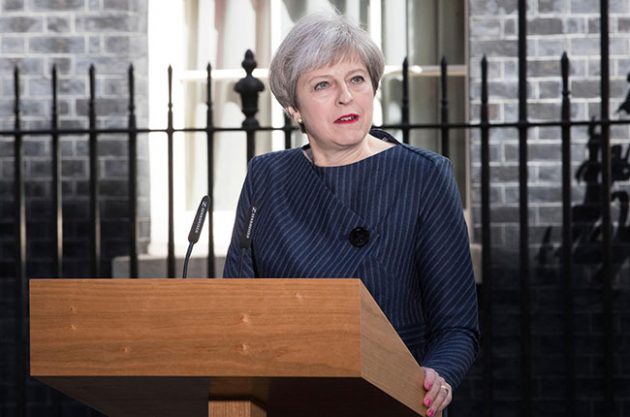 A hung Parliament in the UK following shock voting figures in the country’s general election has broadened the Brexit debate, which may aid those favouring a closer EU relationship, but too much uncertainty could also see wine prices hit harder by a weak sterling currency.

Labour’s surprise gains in this morning’s UK election results mean that no single party holds an outright majority in the country’s parliament; a result that few foresaw given that incumbent prime minister Theresa May was estimated to have had a 20-point lead in the polls just two months ago.

Could this really affect the wine trade?

It’s early days, and big decisions loom, but the UK election result could yet throw potential Brexit terms wide open. This could have a significant impact on the considerable flow of wine between the European Union and Britain.

Ninety percent of wine in Britain is imported and around 55% of that comes from the EU, show trade figures.

Negotiations are due to begin with the European Union within the next fortnight, although there has been some suggestion of delaying them.

Theresa May previously said, when triggering Article 50, that she intended for the UK to exit the EU’s single market and also the customs union. This has been dubbed a ‘hard Brexit’ approach.

Whether she meant that or whether she was jockeying for position will perhaps never be known.

However, gains for other parties in the UK parliament look to have strengthened the hand of those in parliament calling for a slightly softer version of Brexit, promoting closer trading ties with Europe as a priority.

Labour campaigned on overseeing Brexit but trying to retain as much access as possible to the single market, for example.

Miles Beale, chief executive of the Wine & Spirit Trade Association (WSTA), said prior to the election, ‘The WSTA will be working tirelessly to achieve our key aims: continued, tariff-free movement of wines and spirits to and from the EU; new, tariff-free trade agreements with priority countries outside the EU; and, equally, safe passage of our goods – with no additional checks or delays at borders, even once we have left the Customs Union.’

The WSTA’s manifesto also called for ‘certainty’. That was a tall order, perhaps, but things definitely just became a bit more uncertain.

Decanter’s Jane Anson will be leading a debate on the Brexit fallout at Vinexpo in Bordeaux on 20 June.

Prices have crept up in this the Bordeaux 2016 en primeur campaign and UK buyers were already facing a 10% to 15% increase on last year, purely due to the weak sterling against the euro.

Sterling took a nosedive in the early hours of 9 June as the UK election results became clear. The pound hit a new low against the euro, trading at 1.13 , and was also trading at 1.5% lower against the dollar.

This could be short-lived, of course, and several analysts have cautioned that the outlook could change following the initial shock.

But UK wine buyers and also merchants hardly need any more pressure given that some Bordeaux châteaux have increased en primeur release prices by double-digit percentages for what is, admittedly, a highly rated Bordeaux 2016 vintage.

Many wine merchants and retailers will have protected themselves against sudden currency swings by hedging.

However, sterling has been weak for more than a year now and prolonged weakness through 2017 as Brexit talks get underway could add extra cost pressure to a wine trade already feeling the pinch.

Average wine prices hit an all-time high at the start of 2017, reaching £5.56 per bottle, according to the WSTA.

A cocktail of weak sterling, inflation and duty tax rises have been to blame for this, it has said.

What does Brexit mean for everyday supermarket wine prices?