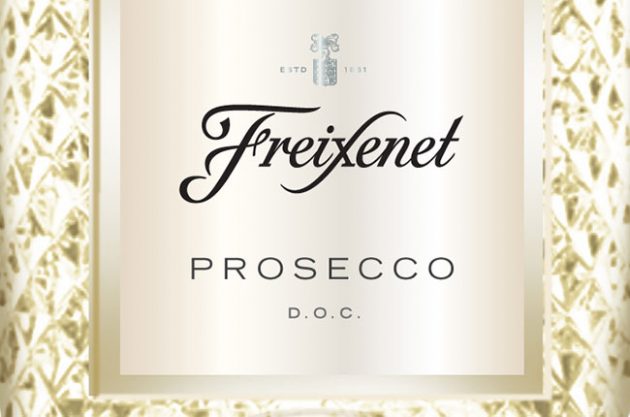 Spain’s Freixenet has broken ranks to launch a ‘premium’ Prosecco, setting out its aim to become the number one sparkling wine brand in the world. See our tasting note below.

News that Freixenet, one of the powerhouses of Spanish Cava, is branching out to Prosecco will likely raise a few eyebrows in Penedès.

‘We want to be the consumer’s first choice for sparkling wine, and in the UK that means you must have a Prosecco,’ said Damian Clarke, managing director of the family-owned company’s UK subsidiary, at a launch event this week.

UK consumers drank 2.5 times more Prosecco than the Italians did in 2016 – though they paid almost double – according to market research company IRI. In the same period, UK sales of Cava have seen a slight decline.

‘Prosecco has become fashionable here in a way that Cava has perhaps not,’ said Clarke, who attributed the demand partly to the Brits’ love for Italian culture, food and drink, and to a preference for a sparkling wine with a sweeter taste.

The Freixenet Prosecco DOC wine, which retails at £12 a bottle, is being marketed as a premium offering in the Prosecco market – a ‘special occasion Prosecco,’ according to UK marketing director Lisa Madrigal.

Freixenet conducted tasting research among a panel of 300 consumers to ‘optimise the flavour profile for the British palate’. A DOCG wine will be available through the on-trade and travel retail.

As well as a range of Cavas which includes the well-known Cordon Negro brand, Freixenet produces sparkling wine in Argentina, Australia, California and Champagne.

How the Freixenet Prosecco tastes

Pale, apple green colour in the glass. Crunchy apple and a lick of sweetness to taste, plus a refreshing seam of…

Sweeter than you thought…?

Take the Prosecco quiz: Most of the answers can be found on Decanter.com. SEE ALSO: Top Prosecco wines for Christmas…

By Yiyao Wu from Shanghai – the Chinese perspective Before I joined the WSET Level 2 course, I often said…

What were the most bizarre…?