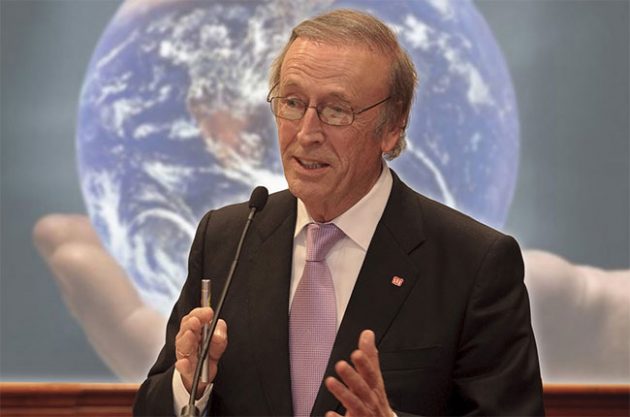 Steak and red wine might be a match made in heaven but winemakers should go easy on the meat, according to Spanish producer Miguel Torres, who joined a former adviser to president Obama at Vinexpo to speak about the dangers posed by climate change to the world’s famous vineyards.

A Harvard professor and former science adviser to president Obama told winemakers at Vinexpo 2017 in Bordeaux that they should lead the charge to aggressively reduce greenhouse gas emissions, not just for the sake of the planet, but for the sake of their businesses.

His words come less than a month after president Donald Trump said he would drop US commitments to the landmark Paris climate agreement.

‘The greatest myth out there, is the myth that we somehow have to choose between our economy and our environment,’ said professor John Holdren.

‘The fact is, an environment conducive to productive farms and businesses and successful winegrowing, is the underpinning of a sound economy, and we need to nurture both.’

As the sun beat down outside one of the world’s largest wine fairs, Holdren said that, while the impact of climate change on the wine sector varies, its global effects include:

The Spanish winemaker said that his annual investment of 11% of profits into climate strategies has cut CO2 emissions at Bodegas Torres by 16% compared to 2008. However, Torres was aiming for a 30% emissions cut by 2020.

Torres added that, since he realised the livestock industry was a key climate change driver, he has been eating more lentils and less meat.

A study published by London’s Chatham House Institute in 2014 said that the global livestock sector accounted for 14.5% of global greenhouse gas emissions, higher than direct emissions from the global transport sector.

How many earthworms does it take to make fine wine?…