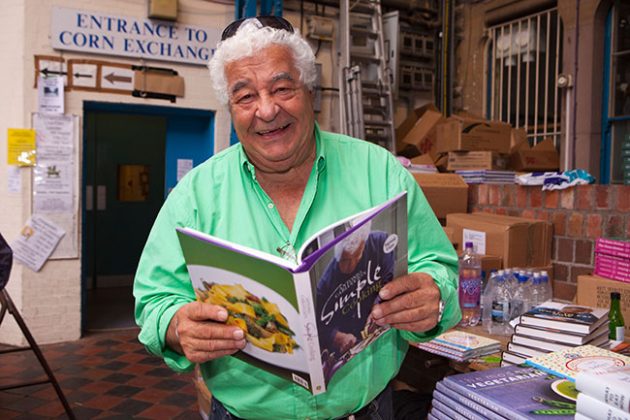 Antonio Carluccio, who grew up in Piedmont and spent time as a wine importer before becoming better known as ‘the godfather of Italian cooking’ in Britain, has died aged 80.

Carluccio’s agent announced on social media on Wednesday (8 November), ‘It is with great sadness that we announce that Commendatore Antonio Carluccio OBE sadly passed away this morning.’ He was 80 years old.

Carluccio spent much of his childhood in Piedmont, but despite his up-bringing in one of the bastions of Italian gastronomy he did not turn seriously to food and wine as a career until much later.

After an early professional life that included a stint as a wine importer in Hamburg, Germany, Carluccio found his gastronomic calling when he opened his Neal St restaurant in London in 1981.

Things took off from there, and Carluccio has since authored more than 20 books and become a household name in the UK on everything to do with Italian cooking. He also created the ‘Carluccio’s restaurant chain.

He helped to launch the career of Jamie Oliver, who worked at Neal St and was one of many chefs and celebrities to pay tribute to his late Italian mentor.

‘He was such a charismatic charming don of all things Italian!!’ said Oliver on Instagram.

Carluccio also had a passion for matching wines with food.

In 2003, in an article on how to match food with Barbera d’Asti wines, Carluccio told Decanter, ‘I like lamb with Barbera. A simple roast of young lamb with just a hint of garlic and rosemary, served pinkish with fresh asparagus, eaten with a bottle of Bava Stradivario 1997.’

During his time in the UK, Carluccio both witnessed and helped to propagate a shift in attitude towards Italian food and cooking in general.

He was also not afraid to voice opinions. In 2004, he criticised ‘Britalian’ food sold by UK supermarkets and created with cheap ingredients.

NEWER POSTWorld’s most exclusive bars where entrance fee is both money and status
OLDER POSTAnson: Reprieve for creator of long-lost Bordeaux wine