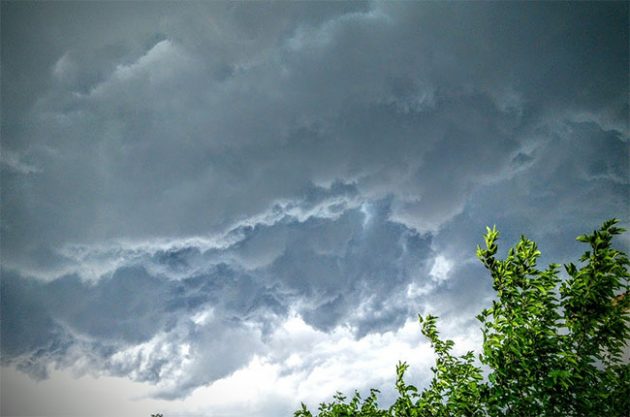 Over the last couple of weeks, I’ve been travelling with wine students through the two great wine regions of north-eastern France: Burgundy and Alsace.  Next week I’ll bring you news from Alsace, but here are some jottings from the Burgundy notebook.

The good news from most of Burgundy is that heroic bale-burning efforts by growers in April, plus a run of hot, dry weather throughout May, means that the frost problems in 2017 look less severe than first feared: “nothing too serious,” says Jadot’s Frédéric Barnier, “and nothing like as bad as 2016.” The vines recovered well in the dry heat, and flowering for the surviving bunches has been very successful.  The exception to this rule is unlucky Chablis, where 30% to 40% have been damaged in some parcels, while the Crémant-producing Châtillonais has lost 90% of its fruit this year.  “The problem in Chablis,” said Alain Marcuello at William Fèvre, “is that the frost went on for 15 nights.  Most growers ran out of frost candles after five days; there were none left anywhere in Europe by the end.”  (See my blog of May 15th to find out why blocks of arctic air sent south by a disorderly polar vortex may pose problems for Northern Hemisphere growers in a warming world — link!).

Silver iodide at the ready

So much for frost; three months of hail threats await.  Burgundy now has 48 anti-hail generators positioned to combat the threat, and there will eventually be 140 of these machines in strategically placed farms the length of the region, from Chablis down to Beaujolais.  Around three hours before a dangerous storm is due, volunteers fire silver iodide particles at the gathering storm front.  Hailstones agglomerate in the updraft around the silver iodide (which has a crystalline structure similar to ice); the result should be harmless peas rather than destructive golf balls.  The BIVB is trialling other systems, including the nets familiar in Argentina and a system whereby a helium balloon sent up into the clouds releases hygroscopic salts which cause the cloud to haemorrhage and warm – but studies indicate that the silver iodide system, at any rate, is 48 per cent effective.  Frédéric Lafarge (who lost the equivalent of a year’s crop to hail between 2012 and 2014) said he was very happy with it.  The cost is just eight euros per grower per hectare each year.

Quotation of the week came from Jeremy Seysses at Domaine Dujac, who said that Grands Crus “are the places where the right things tend to happen.”  Assign it to geology, pedology, topography, micro-climate or a twinkle of the terroir fairy’s wand – but year after year, he says, the Grand Cru vineyards are those with the happiest outcomes for vines and their fruit.  “If you want to judge winemakers, look at their little wines.  I’ve got huge respect for anyone who can make a really good Bourgogne Rouge.”

You might be surprised to discover that Burgundy growers are horrified at the spiralling value of their land.  Here’s why.  French law, as we all know, requires that each child inherits equally – and onerous death duties on colossally valuable estate holdings means that most wine estates are now being reformulated as companies with family members as shareholders.  Succession rules are at least easier to manage with such structures, though transmission of shareholdings is not notably less costly.

All is well when these shareholdings are tightly concentrated, but some land-holding companies may have forty or fifty family shareholders.  If you are a distant second cousin with a minor shareholding acquired from your maternal grandmother, you will receive (under normal circumstances) a lifetime of paltry dividends as profits are reinvested in equipment, and as frosts, hail, ran and sunshine come and go.

If the estate is sold, by contrast, you may suddenly find yourself wealthy enough to retire early and buy that yacht you always dreamed of, spending the next decade sailing distant archipelagos – or attaining some other ambition which might otherwise go unrealised.  Just imagine the difficulties confronting many of Burgundy’s families.

Much of our week’s tasting comprised wines from the generally outstanding 2015 vintage, but tastings at Louis Jadot and Domaine de la Pousse d’Or gave me a first peek at 2016.

It’s the perfect follow-on vintage to 2015 in all but one respect: those tiny quantities after the savage spring frosts (Pousse d’Or had 20 barrels of its Chambolle village red in 2015 – but just three in 2016).

The whites from 2016 are sculpted and intense; the reds are poised, fresh and vivacious – as classical as you like.  Here’s a taste of what’s to come from the Jadot domaine and négociant range.

Technical Director Frédéric Barnier, Jacques Lardière’s successor at Jadot, is a huge winemaking talent: confident, assured and clear-sighted, bringing a wide range of admirably differentiated wines into being.  This irresistible Bressandes is light and bright in colour with scents of flowers and tarry raspberries.  Fresh, brisk, elemental and clear, with just-ripe structural acidity and a fine snow of tannin.  Delicious, quenching red burgundy.  91-93

A more deeply coloured red wine than the Grèves, with rich cherry scents.  A carpet of mixed red fruits on the palate; resonant tannins.  Generous yet tender.  92-94

Very dark in colour; beguilingly floral in scent, after a little brief reduction on the sample clears.  This red Grand Cru (south-facing, but with marl soils) is deep, dark, searching: plum and burry blackberry, with lush grip and flamenco poise. 93-95

“The keys to 2016,” said Barnier, “are yield – some vineyards are 50 hl/ha, but some are just 5 hl/ha – and ripeness.  Many growers were so afraid of losing the little fruit they had that they picked too early.  This, though, was a vintage where you had to wait.  We started on September 27th and we are honestly very happy with what we got.”  The very high-sited Les Baudines yielded just 10 hl/ha this year, and this white wine is beautifully crafted – cream and flowers, with close-knit, sappy flavours of great poise and purity.  91-93

Just a single Jadot barrel of this white wine this year, so it was very generous of Frédéric Barnier to allow us to taste it.  The quality of the vineyard sings out in its richness and fresh, almondy grace, but it’s vivid, nuanced and structured, too.  94-96

Burgundy’s lordliest 2015 wines were sold through on the basis of pre-bottled samples last January, but as the finished ‘little’ wines lap into shops and merchants’ lists over the next 12 months, get your net out for any 2015 Petit Chablis which might float past.  These are the region’s least favoured vineyards, often high-sited and painfully stony – but 2015 was the vintage they dreamed of; that summer warmth made them glitter like trout. Here are three which shouldn’t be too hard to find.

This organically produced Petit Chablis is very pale in colour, with fresh, sappy scents of crushed leaf and a limpid, elemental, sour-ripe flavour of great finesse. 89

From 1.5 ha of vineyards sited up above the Grands Crus, this green-hued wine is aromatically quiet at present, but offers a bracing mouthful of sleek, stony-acid flavours packed with vigour and athletic exuberance.  91

From vineyards above both Beauroy and the Grands Crus, this is silver green in colour, with a fresh scent of juicy green malt, and pungent, stony, percussive flavours.  Restrained fruits drenched in crisp, incisive yet resonant acidity.  91

In 30 years, our columnist has never seen this…

A dark horse of Languedoc wine…