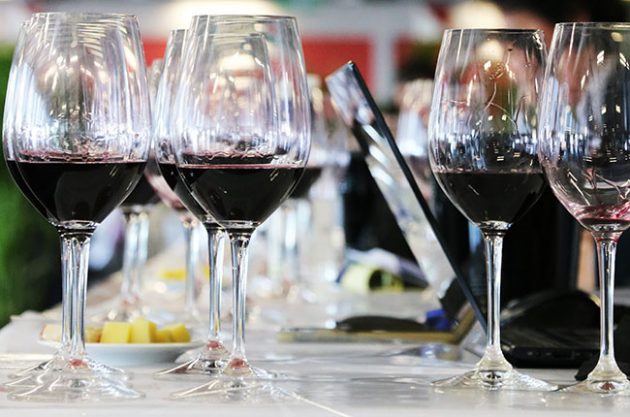 Andrew Jefford chats to wine teacher Michael Schuster about everything from seduction to his views on wine descriptions, and salutes the new edition of his Essential Winetasting book.

Any new edition of a treasured reference book is an occasion to celebrate, particularly when 17 years have passed since the first edition saw the light of day.  Michael Schuster’s Essential Winetasting, a comprehensively revised edition of which has just been published by Mitchell Beazley, is a perfect primer for anyone new to wine.  It also contains much of value to those of us who have been chasing Bacchus around the bushes for years.

Schuster writes about wine with great deftness, restraint and elegance, but his primary activity over the last three decades has been running a much-admired tasting school in London.  I never studied with him (to my regret), but I’ve often tasted with him since I first met him in the 1990s.  There is no one I’d rather discuss the contents of a bottle with.

He’s got great wealth and breadth of experience; he’s accustomed to calm analysis, proceeding from closely observed fundamentals; he’s unhysterical about labels, reputations, trends and fashions; he’s lucky enough to be married to a very fine cook (his wife Monika, Austrian by birth and British by adoption), so understands the gastronomic context without which wine is in large part senseless, anecdotal and on occasion dangerous; and he reveres the highest ideals of wine connoisseurship: a discursive, affable and scholarly sharing founded on friendship and wider cultural values.

All of this is palpable in his text.  He doesn’t write as an “authority”, a show-off, a geek or a guru, nor is he strenuously informal or demotic; he writes as a friend, almost a family member, who’s there to help.  And his subject is not wine as such, but the tasting of wine.  We could all learn to taste better.

If you already have the first edition of the book, there are compelling reasons for trading it in for the new one.  The design and illustrations are much improved; it’s 20 per cent longer, and better organised; and for those who live in the UK, it is very usefully linked to the author’s new website.  Not only does this mean that you could buy personally dedicated copies of the book (as indeed non-UK readers could), but you can also buy examples of wines he recommends for the tasting programme by clicking links on the site which then take you to the relevant pages of the sales websites of both Waitrose and The Wine Society – a great idea.

He’s also added to one of my favourite aspects of the first edition – short, succinct essays on aesthetic and technical topics, including wine values, closures, alcohol levels, scores, alcohol, terroir, wine faults and ‘wine nonsense’.  From these you can tell he’s a wise owl.

I gave the book to a friend who enjoys wine but has never ‘learned’ about it, and he was impressed.  “It’s a great book for constantly dipping into.  I like his pitch: a true expert who doesn’t believe in mystification and bullshit.  I like the fact that he doesn’t just recommend expensive wines.  His science is good; he doesn’t make a big deal about winemakers; he’s got clear explanations about off wines.  It’s the kind of book you can come back to you over many years as your experience expands.”

To celebrate publication, I thought I’d ask the dapper and civilised Schuster a few end-of-the-evening questions.

AJ: What are your first wine memories, and was overindulgence a factor?

MS: First wine memory: a pale brown vinegar, 75-year-old I-have-no-idea-what for my grandmother’s 75th. Served with great reverence, but perfectly horrid. I was in my mid-teens and hadn’t the least interest in wine.  That just served to confirm it wasn’t for me.

What was the first wine which made you think ‘Wow!  This stuff can be GOOD’?

1969 (first-rate vintage) Puligny-Montrachet Les Folatières (Thevenin). At Wheelers Fish Restaurant in Soho, London, for my then-girlfriend’s 21st birthday. I’d asked the wine waiter to choose something special. I couldn’t believe anything liquid could taste so good. I still have the label.

Did you ever use wine as an aid to seduction?

I guess I ‘seduced’ Monika, in 1990, with ‘62 Mouton, my most precious bottle at the time. That was certainly part of the idea. She in turn seduced me (though it was not required … I was already smitten), by identifying it blind.

What are the naughtiest wine-drinking circumstances you’re prepared to tell us about?

Deep draughts of good Champagne, plus deep drags of the best fresh California marijuana, a combination which had me cotton-mouthed and short-term-memory-bereft, but gleefully looking down from the ceiling at myself and my partner busy in bed!

Tell us about your brightest ever wine student?

Too many bright stars to mention. Masters of Wine in particular, but not exclusively. The best have sharp palates, shrewd judgement, a great ability to communicate, business acumen, ambition …. they tend to be good at most things. Largely, I think, because they work bloody hard at it.

Have you ever found yourself teaching students with wooden palates?

Yes – though wooden noses is perhaps more accurate. And they often recognize the fact, but want to keep trying anyway.

Palates obviously differ.  How would you describe yours?

I like acidity (as does Monika – just as well). I’m sensitive to tannin, and don’t much like it in abundance. If forced to choose, I value scent and subtlety above all. But fruit — and force — are part of the diversity that makes wine so appealing.  I valued both more when I was younger.  A European palate, I guess. And damn Brexit!

Who are the most annoying people in the wine world?

Those not prepared to see/tolerate a different viewpoint. They exist, but in very small numbers.

Who are today’s wine snobs?

By definition, those with more money than sense, for whom a name matters more than a performance.  They’ve always existed, but they’re proliferating in our age of wealth. It’s frustrating, because they drive up the prices of what the less wealthy also relish.  Today that matters less and less because, unlike in the past, there is so much that is very good but not very expensive.

What do you think of elaborate wine descriptions?  Do you ever want to reply ‘It’s only wine!’

I frequently want to say “It’s only wine!” (or, as Australia’s Terry Lee put it, “I just want a drink, not a bloody education!”). But I’m in the business of education, and words help us to see, to notice and, indeed, to communicate, to share our pleasures.  It’s mainly a question of what is appropriate for the wine, and the audience, in question.

Is the ability to guess wines when served them blind an over-rated or an under-rated skill?

If you do it well, I don’t think it should be underrated. To ‘guess’ with success, regularly, reveals a particular sort of specialist memory, which you have to cultivate and work at, so if you do it well it is certainly worthy of admiration. Where I do think it’s overrated is as a form of dinner-table entertainment, often agonizingly drawn out, when not all those present are ‘consenting adults’ or may have very different blind-tasting abilities. I then find it a bore, and a killer of good conversation on matters other than wine.  Incidentally, blind tasting as a means of assessment is, I think, overrated, as I point out in the new edition of my book.

You’ve taught a lot of MW students, but you’re not an MW yourself.  Is it a good exam?  All it could be?

It’s a good exam. All it could be? Probably not. And its pass rate (often exquisitely low) might well suggest that, from an educational institution point of view, there’s something amiss. Those who do pass are to be admired, for it reflects a remarkable combination of effort and ability. The worst certainly fail. But some absolutely first-rate tasters who’ve passed the non-tasting parts of the exam don’t get through the tasting. So in that sense the best don’t always pass. Tasting ability and examination technique don’t always go hand-in-hand.

Do you find some generally admired wines undrinkable?

Yes — though I can admire that which I wouldn’t want to drink. My principle dislike is is red wine made from raisiny ripe fruit, with abundant tannin, extract, and alcohol, for the very simple reason that I find such wines almost painful to taste, let alone drink.

Are some wines a rip-off?

A few yes. Unfortunately. Premoxed white burgundies are perhaps still the worst, and most obvious, offenders – though this is increasingly an issue with white Bordeaux too. The fact that they are mostly not replaced (and frequently not even acknowledged) remains a disgrace in the wine business.

Are there wines can’t you get enough of, even after all these years?

Which wine which you used to buy do you most regret not being able to afford any more?

Which wines are you most grateful to be able still to afford?

Do you drink more or less than you used to?  Does the human body react differently to alcohol as one ages?

Less. Definitely. My human body reacts differently, but I don’t think everybody’s does. I used to share a bottle of Champagne with Monika. I now drink one glass. I still like Champagne, but it likes me less and less.

How many wines do you have in your private cellar, for drinking pleasure?  Will you drink the lot, or will you sell up one day?

We haven’t counted. Like most wine nuts, we’ve got more than we’ll ever need.  I can’t I see any circumstances in which we’d ‘sell up’, but we do sell those wines we have whose monetary worth seems way beyond the pleasure they give.

Which famous person, alive or dead, would you most like to share a great bottle with (and what would you serve to him or her)?

Mozart. At the moment it would be JJ Prüm’s 2004 Whelener Sonnenuhr Riesling Spätlese. As refreshing, transparent, and moving as so much of his music.

A dark horse of Languedoc wine…

Andrew Jefford is giving up the chase…

Andrew Jefford on how to crunch the numbers…