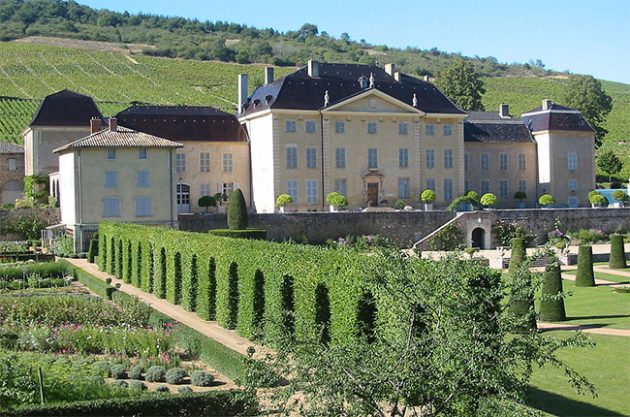 Château de la Chaize, one of the largest wine estates in Beaujolais, is changing hands after three-and-a-half centuries of being owned by the same family.

Château de la Chaize has been sold to Maïa Group, an independent French company specialising in infrastructure and real estate.

A fee was not disclosed, but local newspaper Le Progrès said it was understood to be a record sum for a Beaujolais producer.

Situated in Odénas, in the Rhône department, La Chaize extends over 250 hectares, with 99 hectares in the Brouilly appellation.

Those 99 hectares produce 8% of the total production of Brouilly, one of the 10 crus of Beaujolais.

The Brouilly appellation is valued at €70,000 per hectare, but it was estimated that the whole deal could have reached tens of millions of euros.

‘We took a family decision to sell,’ Caroline de Roussy de Sales, estate manager and a member of the previous owning family, was quoted as saying in Le Progrès. She said that it was important to sell to somebody who wanted to develop the vineyards and invest.

Founded in 1670 by the seneschal of Lyon François de la Chaize d’Aix, the main Château de la Chaize building and gardens were completed by Jules-Hardouin Mansart and André le Nôtre, respectively architect and gardener of the Château de Versailles.

Christophe Gruy, Maïa group president, described the purchase as a ‘beautiful challenge’. He said that he wanted to convert the estate to organic viticulture.