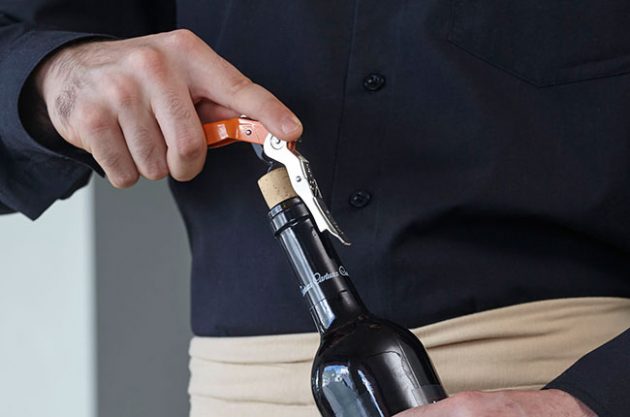 People who drink wine after hearing the sound of a cork popping are likely to think it tastes better, suggests a small study conducted by an Oxford University professor.

A satisfying sound: pulling the cork on a bottle of wine… Credit: ‘The Grand Cork Experiment’

An experiment with 140 people in London found that the same wine can taste better if it follows the sound of a cork popping versus the noise made by someone releasing a screwcap.

Overall, the same wine was rated as around 15% better quality with a natural cork, according to the study.

The experiment was designed by professor Charles Spence, of Oxford University’s crossmodal research laboratory. Synthetic corks were not tested.

It was held at an event also co-hosted by the Portuguese Cork Association, which is a strong advocate for natural corks.

‘The sound and sight of a cork being popped sets our expectations before the wine has even touched our lips, and these expectations then anchor our subsequent tasting experience,’ said professor Spence.

He has previously conducted research on the effects of music genres on wine taste and has also recently written ‘Gastrophysics: The new science of eating’.

For example, synthetic cork producer Nomacorc demonstrated to journalists several years ago that it was researching how the length of time it takes to pull a cork impacted on a wine lover’s satisfaction with the product.

There is fierce debate over closures in the wine world, with different markets preferring types.

Many Australia and New Zealand wine producers, for instance, are staunch supporters of screwap, which they have claimed is more consistent. Natural cork makers, meanwhile, claim that they have made significant progress to reduce the proportion of wines suffering from cork taint in recent years.