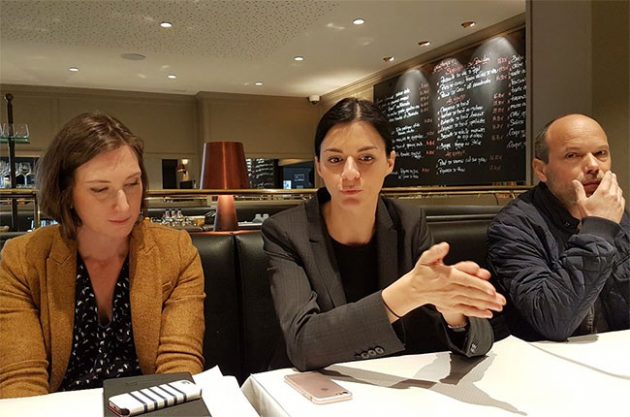 New French president Emmanuel Macron has appointed a leading wine lobbyist as one of his agriculture advisers.

Audrey Bourolleau, who was president of the Côtes de Bordeaux wine union from 2010-2012, has been appointed a key agricultural adviser in the new government of president Emmanuel Macron.

Her immediate post before this was with Vin et Société, a lobbying group for the wine industry that promotes drinking in moderation and was created to defend winemakers against a strict interpretation of France’s Evin Law on alcohol advertising.

It marks a further sign of Macron’s conciliatory approach to a nation of winemakers who have long bemoaned a lack of government support.

France’s parliamentary elections next month will be a key test for Macron’s new En Marche! party.

Bourolleau will advise Macron in the Elysée Palace on agriculture, fishing, forestry and rural development. Wine and viticulture is a big part of this, employing more than 500,000 people in France.

She was a key face during the campaign trail for Macron. She was touted as a potential minister of agriculture, but that role went to Jacques Mézard.

‘Audrey had a key role in promoting responsible drinking, wine education and wine tourism during her time with Vin et Société,’ the group’s president, Joël Fargeau, told the French press this week.

Macron said that he has been consulting 3,000 agricultural workers at different levels of the industry to understand their concerns.

A few days after the election, Bourolleau was on French television raising the possibility of a national insurance policy against devastating climate events such as frost, which has so devastated wine regions in recent years.

‘This has become essential and urgent,’ she told AgriTV earlier in May.

How he stacks up against predecessors…

Unions warn against voting for candidate…