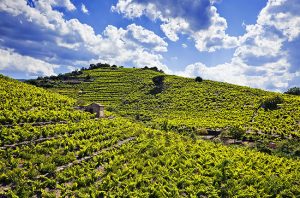 Top Grenache wines from around the world

Decanter’s experts from around the world nominated the best Grenache/Garnacha in their respective regions before Oz Clarke tasted them all and selected his favourites.

The march of the Mediterranean varieties is steadily gaining strength. Their numbers swell, their chorus grows.

As climate change sinks its talons into region after region, as drought becomes a recurrent nightmare and vineyards annually gasp for water that is more and more difficult to find, these drought plants, these dry-land experts, these hardy old-timers are coming into their own.

In different parts of the world Carignan, Cinsault and Mourvedre are stirring and demanding attention. But the leader of the pack is Grenache, or Garnacha – until recently the most widely planted black grape variety in the world.

And also until recently, largely ignored as a variety whose name might deserve any prominence on the label.

The post Top Grenache wines from around the world appeared first on Decanter.