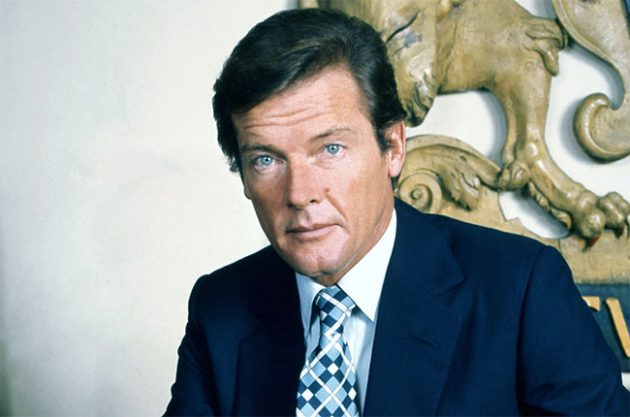 In tribute one of the best known James Bond actors, Sir Roger Moore, we have updated this post and look back on famous ‘007’ tipples both on the big screen and in Ian Fleming’s original novels. Clue: it wasn’t just Bollinger and Dry Martinis.

Sir Roger Moore, who has died aged 89 and was one of the best loved actors to play James Bond in the 007 films. Credit: Allan Warren / Wiki Commons Media

Sir Roger Moore died this week aged 89, his family announced on Tuesday 23 May 2017.

He was best-known for playing James Bond, which quickly became a global film franchise based on books by Ian Fleming. It is thought Fleming might have based Bond on Wing Commander Forest Frederick Edward Yeo-Thomas, a real-life secret agent in the Second World War.

The Dry Martini, shaken not stirred, is often considered the James Bond drink of choice, but Ian Fleming’s Bond certainly also had a taste for fine wines and Champagne.

Moore pointed out to The Telegraph in 2014 that it was Sir Sean Connery’s Bond that ordered Dry Martini in the films, not his. Moore’s Bond preferred Champagne.

Below are some Bond favourites from the books, as well as a few from the films.

Bond declared Taittinger Blanc de Blancs Brut 1943 as ‘probably the finest Champagne in the world’ in Casino Royale, the original James Bond novel first published in 1953. But, his taste proved somewhat fickle. In the book Moonraker, later turned into a film with Sir Roger Moore playing the secret agent hero, Bond says that Taittinger was ‘only a fad of mine’. He drank Dom Pérignon instead.

Bollinger, certainly a firm favourite in the films, did not feature quite so prominently in the books, but did appear in Diamonds are Forever and On Her Majesty’s Secret Service. Veuve Clicquot, Krug and Pommery also make appearances in the novels.

Goldfinger helps to widen Bond’s drinking taste when it comes to wine by serving him the Pommery 1950 vintage Champagne. He also introduces 007 to Château Mouton Rothschild 1947 and Piesporter Goldtropfchen 1953, Riesling from Germany’s Mosel area. Bond develops a taste for Mouton Rothschild, drinking the 1953 in On Her Majesty’s Secret Service.

Fleming’s James Bond also enjoys drinking Chianti on trains across Europe; in From Russia with Love he drinks it on the Orient Express. He then drinks it on the Laguna Express to Venice in For Your Eyes Only, where he spills it on the tablecloth.

It’s not all fine wines for the British spy; in Live and Let Die Bond drinks Liebfraumilch, the semi-sweet German wine that has gone from hero to zero for some wine drinkers in the UK and US.

In the book, Fleming’s second and published in 1954, Bond and his friends enjoyed Liebfraumilch, declaring at one point that the contents of their glasses was ‘as good a Liebfraumilch as you can get in America’.