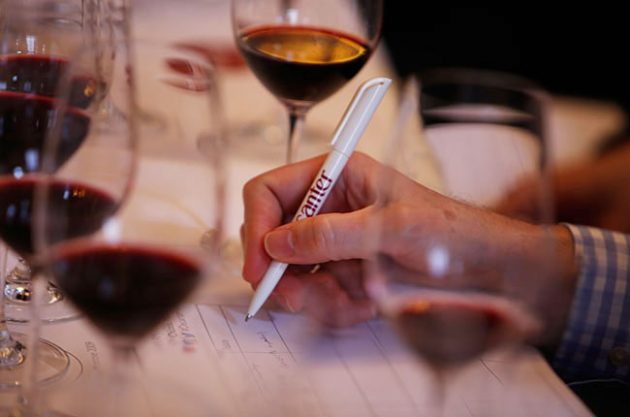 A glass of wine or a pint of beer can help your creative juices flowing, suggests research from Austria.

Making notes was no problem after a few sips… Credit: Nina Assam / Decanter

For years, writers have claimed that there is a positive link between drinking and creativity.

Now, researchers from the University of Graz might have found a scientific proof to back the anecdotal theory that wine can solve writer’s block.

A study published in Consciousness & Cognition by Dr Mathias Benedek examined the effects of ‘mild alcohol intoxication’ on creative cognition.

The experiment saw 89 participants solve creativity-measuring tasks after beer consumption. Some of them were given alcoholic beer, while others drank alcohol-free one, which they could not distinguish.

Each participant from the alcohol-consuming group had to reach the level of mild intoxication, which meant the concentration of alcohol in blood of 0.03% – or 30mg of alcohol in every 100ml of blood. That’s less than half the drink-drive limit in England, for example.

Then they had to complete a word association task, such as finding a link between seemingly unrelated words like ‘cottage’, ‘blue’ and ‘cake’.

The participants who drank alcohol proved to be more likely to guess that the correct answer was ‘cheese’.

The drinkers also performed slightly better in tasks measuring creative thinking, where they had to come up with as many creative uses as they could for common objects like swing or umbrella.

The study also found that alcohol consumption leads to limited ‘cognitive control’, which might be often a hurdle in solving creative tasks.

‘Alcohol may particularly play a role in mitigating fixation effects,’ said Dr Benedek in the journal article. ‘In creative problem solving, problems can often only be solved after a restructuring of the problem representation.’

‘When initial solution attempts get on the wrong track, this can cause blocks to immediate problem solving, which is known as mental fixation. Alcohol may reduce fixation effects by loosening the focus of attention.’

Dr Benedek cautioned that  the findings were not an invitation to drink excessively to boost creativity.

Are your wine preferences in your DNA?…

Confused? That’s because no one can agree…

More evidence, if you need it, to love wine…