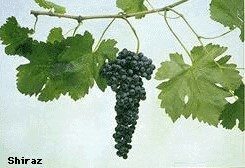 Grapes are not indigenous to Australia and yet today, a country almost the size of the USA, is the 6th largest producer of wine in the world. The front runners are France, Italy, the US, Spain and Argentina (and perhaps the PRC which “might” rank 3rd – the data is not clear).

Most of the wines produced in Australia come from the southern states where 70 varietals are grown; however, the major contenders for the bottle and your glass are Shiraz, Cabernet Sauvignon, Chardonnay, Merlot, Semillon, Pinot Noir, Riesling and Sauvignon Blanc.

Grapes found their way to Australia in the late 18th century aboard a ship from the Cape of Good Hope; they were planted in Sydney and quickly died (not an auspicious beginning for what has become a major economic engine for the country).

A Challenge. Not a Barrier

Willing to take on the dare of being the first to successfully grow wine grapes in Australia was novice winemaker John Macarthur. He planted vines on his Camden Park property near Sydney in the beginning of the 19th century and today he is recognized for pioneering Australia’s first commercial vineyard and winery. He planted Pinot Gris, Frontignac, Gouais, Berdelho and Cabernet Sauvignon. Fortunately, Macarthur was enterprising enough to produce and sell his wines profitably and thus began Australians’ wine industry; by 1820 the industry was flourishing.

As interest in the Australian wines expanded, there was a desire to diversify grape options and James Busby (1833) brought cuttings from France and Spain…he is credited with introducing varietals. The French grape Shiraz is now a major part of the Australian and international marketplace while the European Chardonnay, Merlot and Grenache have also thrived in the Australian terroir.

As the industrial side of the wine business grew, so did the consumer side. New English immigrants brought with them a desire for wine but no skill-set to produce wines. The demanding English palate forced the Aussies to refine the product and improve the quality.

By 1873 The Australians were introducing their wines to competition, starting with the Vienna Exhibition. During a blind taste, the French judges praised some of the Victoria wines…but quickly changed their tune when they discovered the wines were not French. Politics may have interfered with the awards but were a motivator to the Australians who continued to refine their production and Australian wines ultimately received awards and praises at other international competitions. A Victoria 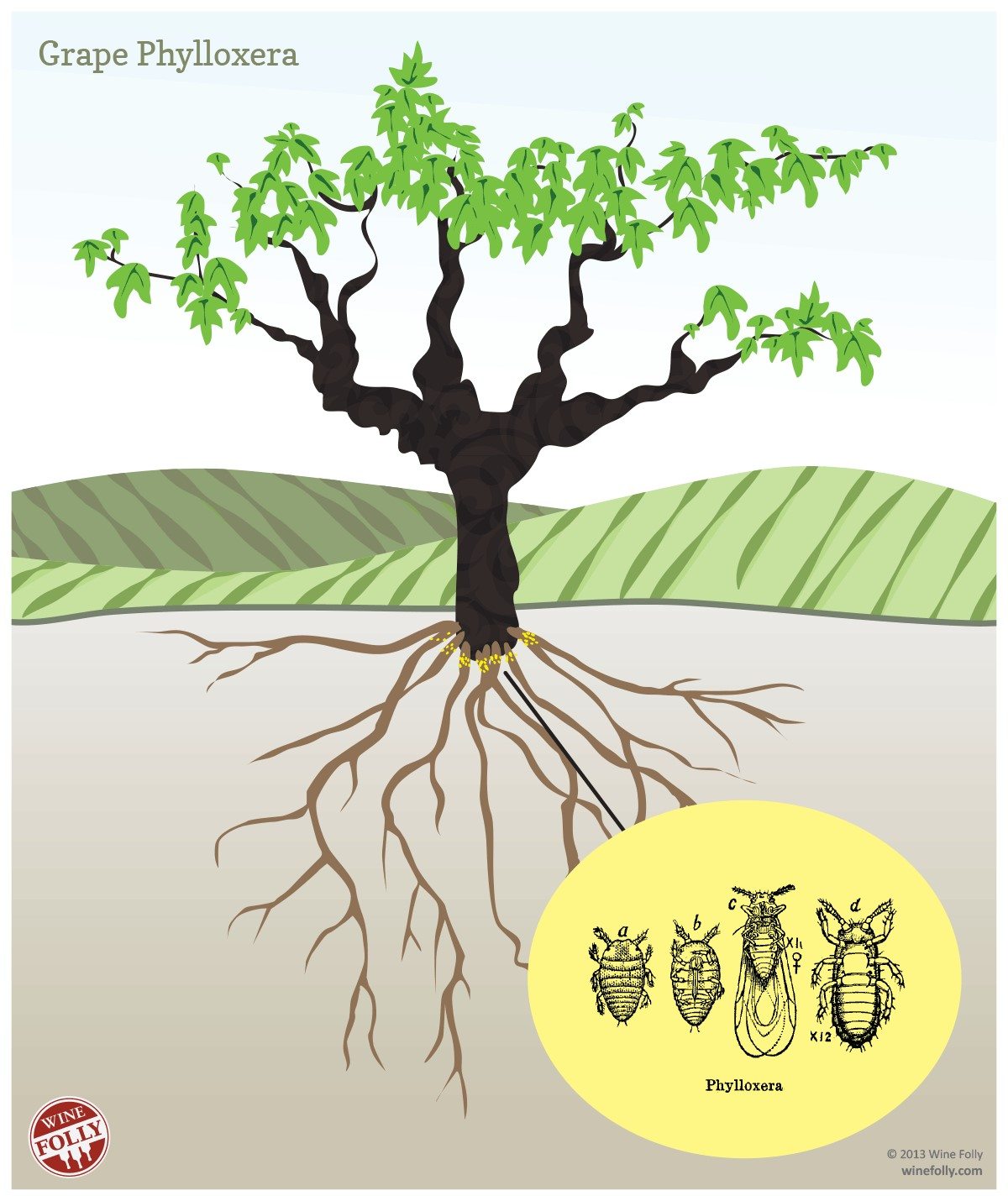 The path to success is never a straight line – and the Australian wine industry (along with their European colleagues) were hit with phylloxera in 1875 and the bugs devastated the industry. Although the phylloxera solution was found, the industry was crippled with an overabundance of grapes and poor-quality wines flooded the marketplace (think sweet, fortified wines). Finally, in the late 1980s, the government encouraged the growers to stop growing grapes and the vines were pulled. In 2005 – 2006, the price for grapes was at an all-time low, and again the government called for a vine pull. It happened again in 2010 and 2011.

Australia is a large country and presents almost every climate and soil type, enabling the production of all major wine types, from red to white, fortified (port) as well as sweet and sparkling wines. 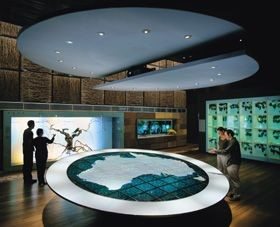 Australia is also at the forefront of wine research. The National Wine Center in Adelaide and the National Wine and Grape Center are world leaders. Students can study viticulture, and wine making at the university level and are in high demand upon graduation. The industry has also developed wine management techniques and invented ways to produce wines with fewer chemicals. The wines of Australia are available in over 100 countries and the UK imports more wine from Australia than it does from France.

The Wines from Australia found their way to New York City in early June, enabling us to celebrate the fact that in 2016 Australian wines were enjoyed by more people than ever. The wine group included 31 winemakers and principals, prepared to introduce us to a total of 234 wines. 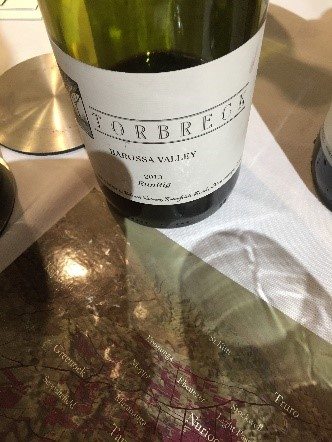 Fermentation: Small parcels of fruit from old dry grown vines selected for individual qualities and matured for 18-22 months in new (12 percent) and seasoned French oak. The wine was assembled in January 2015 and bottled without filtration or fining in March 2015.

In two words: Unique and Delicious.

The 2013 yields were low, resulting in dense, concentrated fruit levels in the Barossa Valley while the Eden Valley component retained its perfect balance and bouquet.

To the eye, deep velvet purples. The nose sinks into the aroma of red and ripe cherries and strawberries. The palate delights in a mix of cherries, chocolates and fresh wood plus spices and pepper, earth and black olives that are sensuous and artful. The finish is masterful – gentle with subtly rustic tannins that are both tart and sweet…Anticipating the next sip. Pair with roast beef or venison.

Fermentation in 150-year-old open vats, before maturation in French oak for 18 months prior to bottling. 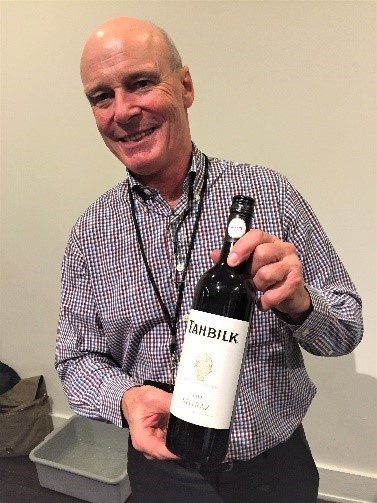 The Tahbilk Estate is a historic property located in the Nagambie Lakes Region of Central Victoria, about 100 kms north of Melbourne. The land was originally part of a sheep station (Tabilk Run) and the name is derived from tabilk-tabilk, “place of many waterholes.”

The property was purchased in 1860 and developed as a winery and vineyard. Shiraz was among the first vines planted (1862). The wines have achieved local and worldwide recognition including the Diploma of Honor at the Greater London Exhibition of 1899, (the highest award available), along with First Order of Merit and Medals in Philadelphia, Paris, Bordeaux, Calcutta, Brussels, Amsterdam, Dunedin, Adelaide and Melbourne.

It is one of only six wine regions where the meso-climate is dramatically influenced by inland water mass. The effect of the many lakes linked by the Goulburn River results in a more moderate and cooler than expected climate.

The region has a unique soil type which is only found in one other location in Victoria. The soil is red/sandy loam from high ferric oxide which has a positive effect on grape quality and give the wines a certain regional character.

To the eye, a deep red mahogany leather. The nose detects black cherries, dried plums, blackberries, as well as sandalwood and forest growth after a rain. On the palate – fruit of fresh strawberries and blackberries, tight-knit tannins and an astringent taste that leads to a bold finish that smacks of cherries. Pair with lamb chops or roast leg of lamb, hamburgers, roast beef and venison.

The St. Andrews range of wines dates back three generations. Bill Taylor and his sons, Bill and John were wine merchants in Sydney and passionate about wine…preferring Chateau Mouton Rothschild from Bordeaux. Inspired by exceptionally fine-crafted wines, they set about to create their own wine legend. 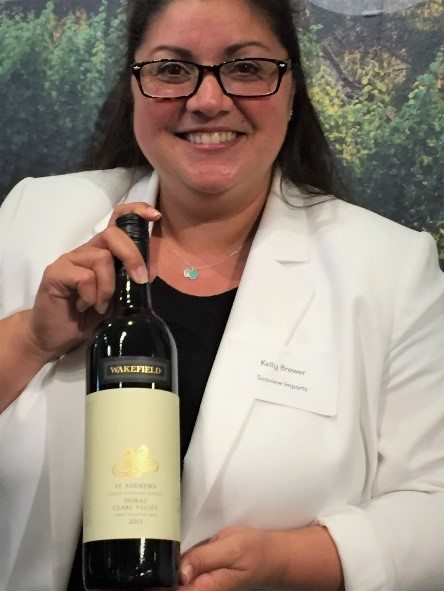 In 1969, they purchased land by the Wakefield River in the Clare Valley where the soil is red brown loan over limestone (terra rossa). The contrast of warm days and cool nights have been beneficial to the quality of the wine and helps the Cabernet Sauvignon grapes ripen in the day and rest at night.

The winery is close to the vineyards where the grapes are gently de-stemmed to protect the fruit characters and minimize any maceration and extraction of harsh tannins. The fruit is transferred to headless barrels and inoculated with a special Shiraz yeast strain for fermentation. The fermenting must is hand-plunged twice daily to aid gentle extraction and the wine is left to soak in skins for 2 weeks. Once pressed, the wine in transferred back to the same oak barrels to complete its secondary malolactic fermentation. When this is complete, the wine is racked off lees prior to final blending. The blended wine is then transferred to high quality water-bent American oak barrels and matured for 20 months prior to filtering and bottling.

To the eye, deep red trending to purple edges. The nose detects roses and wood…a lush forest after a heavy fall rain. There is the aroma of dark berry fruit and black plums, along with spice, cedar, chocolate and roasted coffee. Sweet and sassy on the palate, the complex layers of flavor keep tantalizing the tongue. The fruit and oak create a multi-dimensional palate experience that is well balanced with elegant tannins. A generous wine that keeps on giving – to the very end. Pair with steak or roast beef.

© Dr. Elinor Garely. This copyright article, including photos unless otherwise noted, may not be reproduced without written permission from the author.