Jane Anson gets trade opinions on the campaign, examines why a significant amount of wine failed to sell in a highly rated vintage, and considers a new twist on the en primeur model. 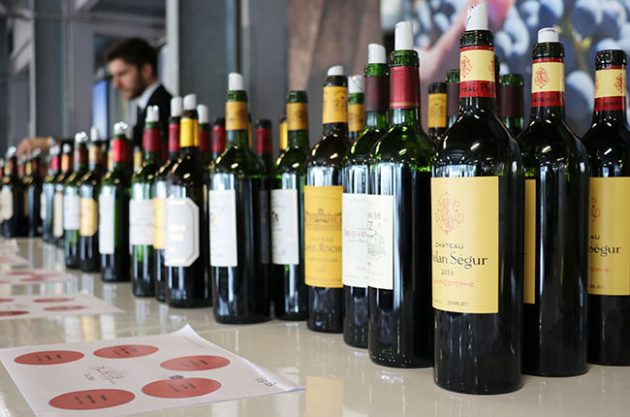 Wine brokers are legendary for staying in the shadows. There are around 80 of them working in Bordeaux, but only around 10 that count for the Bordeaux en primeur campaign because the majority deal with placing vast quantities of bulk or ‘vrac’ wine, or in finding distribution for the production of smaller châteaux when bottled.

En primeur represents only 2% on average of Bordeaux’s production (albeit around 10% of its turnover), and for the handful of brokers whose main occupation lies with looking after the 250 châteaux and 400 labels that have just wrapped up their 2016 campaign, the last few months provide the rare moments in the year when they make public announcements. Outnumbered ten to one by off the record comments, but that’s what I’m here for.

The public comments this year have come from Yann Jestin, vice president of the brokers syndicate, who gave his summary of the campaign as being ‘positive’, with an average price rise of 12%, split between individual properties either remaining the same or rising up to 20% (he must have been away the day that Pontet Canet posted a 44% rise and Figeac a full 47%).

The headline price rises were the exception, and as the average price shows, most châteaux remained far below where they were in 2010 – Château Margaux for example sold at €700 in 2010 and at €490 in 2016.

Even so, things could have been much better if it wasn’t for the frost. You will all remember what happened – things started off well, with châteaux talking about large yields and big volumes on the market.

Prices inspired confidence, notably with Cos d’Estournel and Montrose holding steady on 2015. Then the frost struck, there was a holding pattern of a week or so while damage was assessed, and then volumes were lowered and prices started to slowly but surely creep upwards. And once that happened, even the châteaux that suffered little frost damage climbed happily onboard.

Jestin, speaking to a French press agency, said that there was a clear before and after – that estates started off putting 5-10% more wine on the market than in 2015, and after the frost around 10-20% less.

Bordeaux 2016 was a brilliant vintage, one of the best in recent decades, and yet volumes of sales through en primeur were way below those seen in 2009 and 2010.

Most merchants reported figures close to 2015. There were some things worth buying. Petit Mouton is a brand that is clearly hot right now. The 32% price rise this year might have taken some steam off, but it’s still a great wine that is less expensive than Carruades de Lafite and with serious excitement surrounding it. No need to add that Canon, Cos d’Estournel and Montrose were smart buys, even factoring in their high 2015 prices.

Among the potential ‘value’ buys from 2016, outside of the largest estates, I would highlight Château Meyney (£20 bottle price), Château Labegorce (£20), Château d’Aiguilhe (£16), Château Ormes de Pez (£21) and Château Chasse Spleen (£22) as being particularly interesting.

But still, the ‘off the record’ brokers that I spoke with pointed out that an estimated 30% of wines did not fully sell through to the final consumer, in contrast with campaigns like 2009 when there was 90%-plus sell through. The question has to be, if châteaux can’t generate excitement in the big vintages, what’s going on?

The reason is perhaps one summed up by Kristian Nooitgedagt of Eleanor Wine Index, which tracks the trades of more than 100 négociants. ‘The wines that were scored highly and offered a price/rating ratio that compared favorably to back vintages were very much in demand. But this applied only to a very small amount of wines. For the rest, that priced without this incentive, buyers prefer back vintages, which are instantly available and lower priced’.

It’s worth looking at this more closely. Negociants historically have been happy to keep wine for the châteaux. English merchants have also historically held vast reserves. And yet today, despite interest rates being at historic lows and despite châteaux releasing smaller amounts, nobody wants to buy Bordeaux wine to store. En Primeur instead now gives new dynamic to back vintages. ‘This is something we noticed last year,’ says Nooitgedagt, ‘when there was an increased interest in 2014 during the campaign and this year we noticed the same thing, with many people tempted to buy more 2015. But that’s historically not the point of En Primeur’.

So why is it proving so tough to create a successful campaign? What does this tell you?

‘That the model is no longer worth pursuing’, says Shaun Bishop of JJ Buckley, one of the biggest US retailers of key Bordeaux brands such as Petrus and Latour. He has plenty of vested interest in keeping Bordeaux top of mind, but no longer believes this is the best way to do so.

Where We Go From Here

Jeffrey Davies, long term négociant with Signature Selections who has been in Bordeaux for over 30 years, is similarly negative in his prognosis. ‘The châteaux now want to keep 90% of the profits. The numbers just don’t add up in terms of keeping the trade interested.’

Issues with price are well documented, but isn’t there one other glaringly big problem that over-rides all others? We live in a world where Amazon are road-testing drone delivery of their products, where Uber and Deliveroo have changed our expectations of customer service. It’s something that seems to have entirely bypassed En Primeur.

As Bishop says, ‘the customer service experience of En Primeur has become precisely zero. There’s no sense of getting a good deal, of getting ahead of the curve. And as customer dollars are being pulled in so many different directions, it’s the areas that offer innovative customer experiences that are going to win. Couple that with the fact that more and more people live in cities, and the whole idea of buying wine to cellar is becoming more removed from reality, and it’s clear that En Primeur needs to change.’

So has the time come to remake En Primeur from the bottom up? To do that, we need to think about what all sides want. The châteaux want to keep prices high and increasingly to control their stock. The merchants and retailers want a way to attract customers while retaining their margin. And consumers want a good retail experience and a reason to buy.

It’s tempting to think Latour has the answer, and certainly Buckley would say so, but there is a warning sign that châteaux should take note of. James Miles of trading platform Livex said Latour trading has recently ‘fallen off a cliff’. It had an 8.85% share of trade in 2012 compared to 2.79% in 2017 by value, and 4.03% compared to 1.37% by volume. ‘This is particularly remarkable given the heightened activity for the other four First Growths, and stands as a warning of how powerful brands can become less relevant,’ said Liv-ex’s Ed Jackson.

I would counter that Latour can’t really be judged until it begins trading its held-back vintages (2012 onwards), and frankly one of their aims was to stop so much trading before the wine was ready to drink. But the fact remains that other châteaux don’t have its brand value and financial reserves to fall back on. So surely now is the time to find a happy medium.

No one who truly understands Bordeaux thinks En Primeur should simply disappear. It is a brand-building exercise like no other, and it’s an unrivaled opportunity for buyers and critics to understand the world’s most far-reaching fine wine region. It just needs a new sense of life. And the best way to deliver that is through transparency and customer service. It needs what I have long argued for – a widespread agreement among all châteaux – and Latour could get on board with this – to release 10% or 20% of their stock at a price lower than back vintages of comparable quality. The châteaux need to be upfront and honest about what percentage they are releasing, and take the hit (relatively speaking) on this small amount to set up genuine excitement and growth potential in the system for releasing the bulk of the stock later – which is what they are all moving towards anyway, but in a disorganized manner.

‘En Primeur would be genuinely unmissable again,’ says Buckley. ‘But who is going to bite first?’

How the wine trade is shaping up for Brexit…